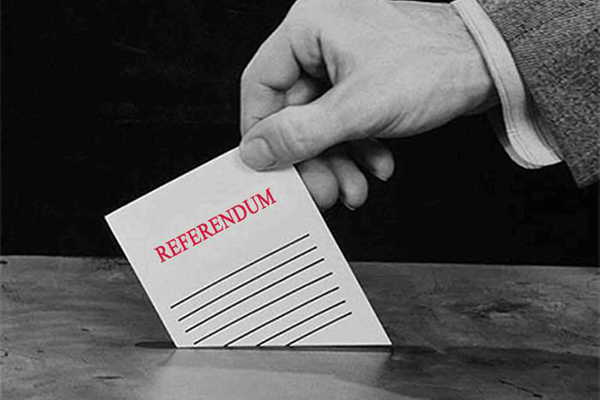 Mall Has Until July 31 To File Tax Certiorari

The Town of Clarkstown on Thursday will vote on a resolution to hold a referendum on Nov. 3rd to determine whether the Palisades Center can be freed of its restrictions to build out unused space on the mall’s fourth floor.

The regularly scheduled town board’s July 21st meeting was moved to July 30th  at 7 pm,which will be accessible to the public through teleconferencing. 845-286-9068

Wording to the question has not been finalized, but the referendum will ask Clarkstown voters whether they “agree with Clarkstown Town Board’s decision to lift the restrictive covenant currently in place on the Palisades Mall?” To date the question reads: “Do you agree with the Clarkstown Town Board resolution, subject to the vote of the people, to lift the restrictive covenant, which currently limits the Palisades Center mall to 1.854 million square feet of gross leaseable space?”

The alternative language would be to put the onus on the voters alone to determine if the covenant should be lifted.

Back in 2002, voters overwhelmingly said no to the mall’s expansion after the town held a referendum to release the mall from the “restrictive covenant,” that prohibits utilization of the unused space. But Clarkstown’s elected officials believe the time is right to hold the vote, particularly because the mall has been hard hit by a withering retail industry whose demise has accelerated through the pandemic.

“We believe the council will unanimously pass this resolution,” said Councilman Don Franchino, who has been the out-front champion to put the issue to a vote.”

“I want the public to decide,” said Borelli. “I’m in favor of the mall surviving. It’s our largest taxpayer. I understand the economic impact this would have.”

At dispute is whether the referendum question should indicate that the town council supports the release of the restrictive covenant or whether the town should remain neutral in the question and leave it to voters.

The debate over a vote on the covenant to lift the restriction has been going on for years. The mall and Clarkstown are still awaiting a ruling from the Second Circuit Court of Appeals over the mall’s efforts to lift the restrictions preventing it from expanding beyond its present 1.85 million square feet without voter approval.

If the Second Circuit Court of Appeals does not rule prior to Nov. 3rd and voters decide to let the mall expand, the suit might be moot. However Pyramid Companies, which owns the mall, could file claims for attorney’s fees if the court determines them to be a “prevailing party,” and the case would be remanded back to the district court.

Support to hold a referendum has mounted over the past two years, including proponents like County Executive Ed Day who has stressed that the mall should not be handcuffed from expanding their offerings. Current thinking is that the mall needs the additional space to reinvent itself, despite its vacancies, including two anchors.

Over the past few years, some town leaders had hoped backroom negotiations would yield a compromise: the lifting of the covenant in exchange for an extended moratorium on a tax challenge.

However, in May, the mall filed a grievance with the Town of Clarkstown to slash its tax bills by 50 percent, citing economic difficulties. Pyramid was seeking a reduction of full market value of nearly $466 million to about $230 million. The Clarkstown Board of Assessment Review denied the grievance. The mall owner has a July 31 deadline to file Tax Certiorari petition with the New York State Supreme Court.

According to the standstill agreement, Pyramid on June 19 received a moratorium on debt service payments or reserve deposits until September 9. Pyramid originally sought relief through 2022, but after talks with special servicer Wells Fargo it changed its request to a six month deferral, an extension of the loan and modifications to the cash flow and use of reserve funds.