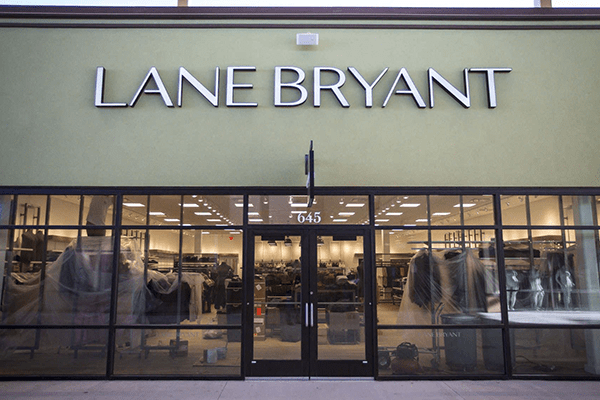 The New Jersey-based retailer said the coronavirus pandemic has greatly impacted its business, which includes Ann Taylor, LOFT, Lane Bryant, Justice, Lou & Grey, and Catherines stores. It’s filing for Chapter 11 bankruptcy in Virginia so it can restructure its debt and operations in the hope of staying in business.

Ascena Retail Group plans to close a “significant number” of Justice stores, which sell trendy clothing for tweens. The Lane Bryant clothing stores slated for closure were chosen based on their lack of profitability, sales trends, occupancy costs, and other macro factors.

The retailer plans to close all Catherines stores nationwide. The plus-size clothing store specializes in apparel, lingerie, accessories and shoes for women.

Overall, the company said it planned to shrink its footprint from 2,800 stores nationwide to just 1,200 as it looks to shed $1 billion in debt.

The United States Bankruptcy Court for the Eastern District of Virginia granted Ascena its first-day motions related to its July 23 Chapter 11 petitions, including the closure of “1,100 underperforming brick-and-mortar store locations,” according to an Ascena press release Friday.

The court also granted Ascena authority to manage day-to-day operations, including paying employee wages and benefits and honoring certain customer and vendor commitments, and authorized the company to access more than $430 million in cash collateral, according to the release.

Last week when Ascena announced its bankruptcy filing, the company revealed that the footprint of its Catherine’s plus-size brand would be wiped out in a sale to online plus retailer City Chic.

Ascena arrived at bankruptcy court with a restructuring support agreement already forged with more than 68% of its secured term lenders. That agreement contemplates agreed-upon terms for a pre-arranged financial restructuring plan that Ascena expects to reduce its debt by about $1 billion.

In its second-day hearing, Ascena said it will seek approval of $150 million in a new money term loan from its existing lenders. The company said it expects that financing, along with cash on hand and cash flow generated by ongoing operations, will be sufficient to meet its operational and restructuring needs.