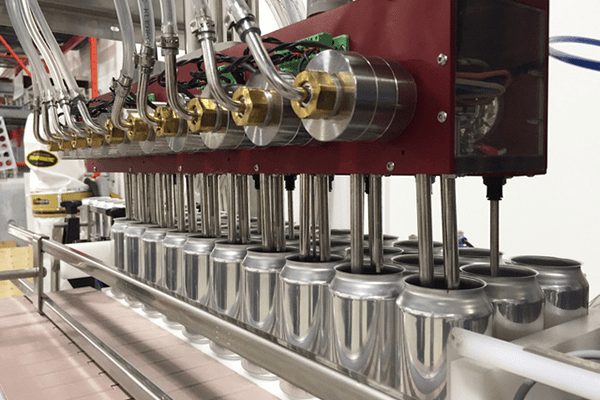 We all know how the famous quote “the best-laid plans…” ends. Nothing has crystalized this sentiment more than the pandemic, which has brought so many small businesses to its knees, forcing entrepreneurs to think their way out of a challenging maze of unforeseen circumstances.

Take Mike Solicito, one of four partners at Two Villians Brewing in Nyack, which opened on Main Street in November 2019 after an extensive year-long renovation for a brew pub but didn’t really get up and running until early 2020.

By mid-March, when Gov. Andrew Cuomo mandated a lockdown, Two Villians was among the lucky few allowed to remain open. But that didn’t mean customers were coming. The brew pub was not yet set up for to-go food orders. And its 32-ounce crowlers (the equivalent of 2.5 beers) were not selling briskly “because most people want a single serving,” Solicito said.

“We were hoping people would come buy basics and get a beer while they were here,” said Solicito. “It didn’t really work out. We were happy to do it for the community.” But the twist didn’t gain traction. Instead, the brew pub absorbed the products for its own use.

While revenues continued dropping a precipitous 75 percent by early June, Solicito was unwilling to sit still and watch the potential of the brand new brew-pub slide down the drain. Instead, he pushed his business model in a new direction: beer cans sold in four packs. The scramble to locate a canning operation and reposition the pub’s offerings was a challenge but the pivot may prove to be the maneuver that saved the day in the short-term and guide the brew pub’s plans moving forward.

“Originally our plan was to serve our brewed beer on tap,” the co-owner said. “We didn’t want to sell beer outside the restaurant, except to a few restaurants in New York City.”

To improvise, Two Villians relied on a New Jersey canner, where they’ve been producing roughly 70 cases a week. Once the beer is canned, the brewer needs to package and label the cans.

Price points for four-packs range from $15 to $20 – a lower profit margin than beer on tap – but Solicito is pleased to have found sunshine amidst the pandemic storm.

“Canning is now 25 percent of our business,” he said. “This revenue stream is what’s saving us.”

Although the Governor has allowed restaurants to resume serving outdoors, indoor service is still at limited capacity. Coronavirus cases have tapered in New York but is surging in the South and West. As the weather turns colder, outdoor dining will become more limited and impossible once the winter sets in. Restaurateurs are navigating uncharted waters; many will ultimately fail. In Nyack, the list of casualties already include Joe & Joe, The Pie Lady, and ODs.

Nearly 66,000 small businesses have folded since March 1, according to data from Yelp, which provides a platform for local businesses to advertise their services and has been tracking announcements of closings posted on its site. From June 15 to June 29, the most recent period for which data is available, businesses were closing permanently at a higher rate than in the previous three months, Yelp found. During the same period, permanent closures increased by 3 percent overall, accounting for roughly 14 percent of total closures since March.

What does it take to beat the odds?

“You have to adapt,” said Solicito, who has the advantage of owning the building his brew pub is located in. “Canning, changing direction will help us make it through the pandemic, and may even change how we do things going forward.”

Looking ahead, Two Villians will continue to serve beer on tap, food, and sell cans but Solicito says the company may have to invest in a canning machine, which can cost north of $50,000.

“We always thought, down the road, we’d do canning for supermarkets and restaurants,” he added. “We didn’t want to rush the business. But things have changed. No one could have predicted this. So we may have to purchase our own canning equipment.”