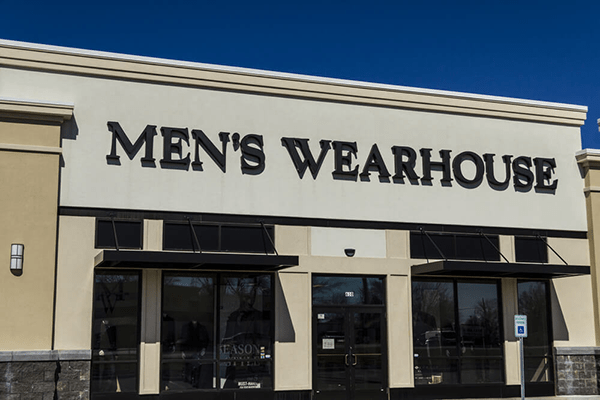 Tailor Brands Inc., which owns suit sellers Men’s Wearhouse and Jos. A. Bank, is closing hundreds of stores and drastically reducing its corporate workforce as the coronavirus pandemic continues to ravage the retail industry.

The company has identified 500 stores for closures and said it’s cutting 20% of its corporate positions in an effort to boost its “financial position and enable it to compete more effectively in the challenging retail environment,” according to a release. The company has around 1,500 stores in the United States, with about half operating under the Men’s Wearhouse name. The company had 19,300 total employees, including 13,700 full-time staffers as of Feb. 1, according to regulatory filings.

The deterioration of big box stores began before the pandemic but the global health crisis has accelerated what is likely to shape up as the biggest reset of international retailers the world has ever seen.

“Unfortunately, due to the Covid-19 pandemic and its significant impact on our business, further actions are needed to help us strengthen our financial position so we can navigate our current realities,” said Tailored Brands CEO Dinesh Lathi.

Tailored Brands has seen sales sag in recent years as men began to shun suits and ties in favor of a more casual look at the office. That trend accelerated during the pandemic when consumers were mandated to stay home, more formal events such as weddings and galas were canceled.

Menswear icon Brooks Brothers was forced into bankruptcy protection earlier this month, following a parade of retailers in an already challenged industry that have either closed up completely or pared down significantly during the pandemic.

The move by the parent of Men’s Wearhouse and Jos. A. Bank menswear to slash its footprint and workforce only weeks after missing a bond payment and a little more than a month after warning it may seek bankruptcy protection may also mean a deeper struggle to realign itself. Closures and layoffs can reduce costs but fewer outlets also mean a company may have less opportunity to generate revenue because of its fewer outlets.

“While today’s announcement is a difficult one, we are confident these are the right next steps to protect our business and position us to more effectively compete in today’s environment,” said Lathi.

Tailored Brands has postponed its second-quarter earnings report until August but last month disclosed preliminary results of net sales sinking 60.4% to $286.7 million, “reflecting the impact of the COVID-19 pandemic” and shutting down its stores to stem the spread of the coronavirus contagion, the company said then.

After reopening stores in May, the company said its year-over-year same-store sales declines were steep: Men’s Wearhouse stores sunk 65% and Jos. A. Bank’s plunged 78%. It warned in a regulatory filing last month that the lockdowns and its mounting debt could force it into a bankruptcy protection if it couldn’t boost liquidity significantly.

The spate of store closings, which also include Moore’s Clothing for Men and K&G, represent roughly one-third of its brick-and-mortar business, or 3 million square feet nationwide. At 20%, the layoffs will run north of 3,800 workers, according to a regulatory filing.

Tailored Brands also has replaced Chief Financial Officer Jack Calandra with a chief restructuring officer, Holly Etlin, who took the newly created position after serving as a managing director at AlixPartners, a consulting firm best known for its turnaround work.

Earlier this month, Tailored Brands missed a $6.1 million payment toward $600 million senior notes maturing in 2022. That started the clock ticking on a 30-day grace period before it officially lands in default. In previous regulatory filings, the company has cautioned that a default on the bonds would domino into a series of other defaults down the line, leading to a potential bankruptcy protection petition.