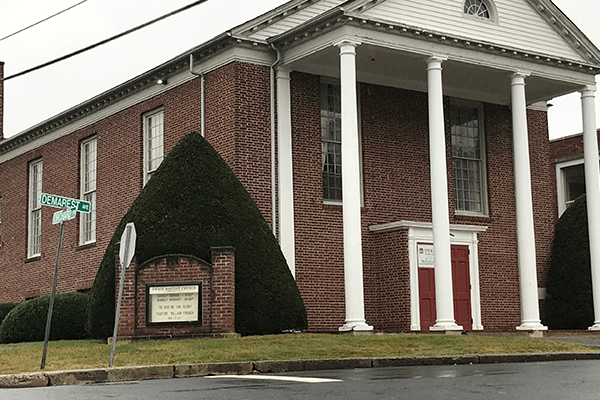 The federal lawsuit filed by Ateres Bais Yaakov Academy in U.S. District Court in White Plains against the Town of Clarkstown was amended Monday to include additional allegations and documents supporting the yeshiva’s claims the town violated state and federal law in denying them the ability to purchase and utilize Grace Baptist Church for a school.

The documents, including newly obtained appraisals and email exchanges, are attached to the amended complaint, and aim to show the town was aware the church had been continuously used as a school despite its claim that the use had previously been abandoned. For example, a 2018 appraisal in the town’s possession showed “classrooms in current use.”

If the new allegations in the federal court case are proven true, the Academy could prevail in its allegations the town intentionally misapplied its zoning laws to deny the Orthodox Jewish School the right to continue using Grace Baptist Church as a religious school facility.

The allegations, drawn from FOILED documents, reveal additional evidence the town allegedly knew of — and possibly concealed — that the church had been continuously used as a school. The town has not yet filed a response to the amended complaint.

The amended complaint also alleges Supervisor George Hoehmann actively coordinated with CUPON Nanuet and CUPON, Inc. to derail the Academy’s access to financing and deny its building permit applications. CUPON is an organization “formed to orchestrate awareness of changes that adversely affects the character of Rockland County,” says the complaint.

CUPON defendants in a letter filed with the court in March assert their actions were protected free speech, that they have the right to petition the government, and that its members “were simply participating in the democratic process.” Both groups of defendants have sought dismissal of the Academy’s complaint.

In October 2018, the Academy tried to purchase Grace Baptist Church in Nanuet. After signing the contract, but before the closing, the Academy submitted an application for a building permit to renovate the property. Clarkstown denied the application and the academy was notified a variance would be required by the Zoning Board of Appeals because of “discontinuance of use of the property as a school, and the non-conformity of its proposed use” under Clarkstown’s new zoning code amendments.

The academy appealed the denial and applied for a variance but while the application was pending the church terminated the contract.

Clarkstown has asserted Grace Baptist Church independently terminated the contract with the school and the Yeshiva’s injuries were not the result of decisions made by the town or its boards.

In August 2019, the Academy filed an Article 78 proceeding in State Court to compel the town to hear and rule on its denied applications. The Supreme Court dismissed all of the Academy’s complaints except its right to pursue FOIL requests from the town. In May 2020, the Academy obtained a court order from Rockland County Supreme Court Judge Robert M Berliner requiring the town to comply with the school’s earlier FOIL requests and provide documents to the school that the town previously failed to provide.

Meanwhile, in November 2019, the town council authorized the town to purchase the Grace Baptist Church for $4.5 million for “general municipal purposes.” The transaction closed in early 2020.

The federal court has set a briefing schedule for motions challenging the original complaint with all motions due August 13, 2020. That schedule may have to be revised because of the amended filing.