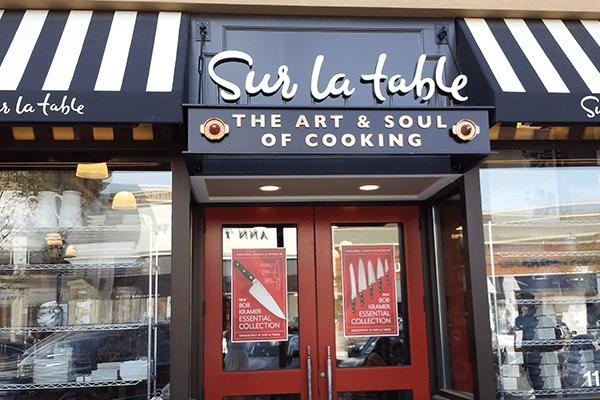 Another Struggling Retailer Succumbs To Pandemic

Kitchen goods retailer Sur La Table has filed for bankruptcy as it prepares for a corporate sale and store closures, making it the latest retailer to succumb to the coronavirus pandemic.

The Seattle-based upscale cookware chain expects to close 56 of its 112 stores, including its location at The Shops at Nanuet. The scaling down comes two weeks after Sur La Table laid off 27 employees, a fifth of its corporate staff, without severance pay.

The Shops at Nanuet has been plagued by the pandemic, though retail closures had begun before the March lockdown as big box retailers have been ailing for some time from a changing retail environment that includes a new proclivity for online shopping. In fact the pandemic has exacerbated brick-and-mortar retailers as consumers have become accustomed to the ease of e-commerce.

Sur La Table was carrying a significant amount of debt. At the end of March, publicly traded companies wrote down $31.5 million as losses, a sign that they did not think Sur La Table would be able to repay the debt.

The Chapter 11 filing submitted late Wednesday in U.S. Bankruptcy Court in New Jersey lists between $100 million and $500 million in both estimated assets and liabilities. It also said the company had reached a “stalking horse” agreement with New York-based Fortress Investment Group for a possible sale.

Sur La Table chief executive Jason Goldberger said in a statement Thursday that the sale process “will result in a revitalized Sur La Table, positioned to thrive in a post covid-19 retail environment.” Last month, the company told the Seattle Times that online sales have seen “record growth” since the pandemic as more people avoided restaurants and cooked at home — or spent time stress-baking.

“Sur La Table will have a balance sheet and retail footprint optimized to position the company for a bright future that continues our nearly 50-year tradition of offering high-quality cooking products and experiences to our customers,” he said.

The retail industry has been particularly hard hit during the pandemic as stay-at-home orders forced stores to close in a bid to contain the virus, which has killed at least 130,000 Americans. Menswear retailer Brooks Brothers filed for Chapter 11 on Wednesday, following J.C. Penney, J. Crew, Neiman Marcus and others into bankruptcy court.

Home goods retailers, industry analysts, say business has been robust, even for those tied to brick-and-mortar models such as Sur La Table. Online purchases made up close to 30 percent of sales before the pandemic but now represent more than 40 percent.

Sur La Table has grown steadily since its founding in Seattle’s Pike Place Market in 1972. The retailer first offered cooking classes at its Berkeley store in 1996, well before the rush of the industry toward experiential add-ons like meditation classes, spas and cocktail service.