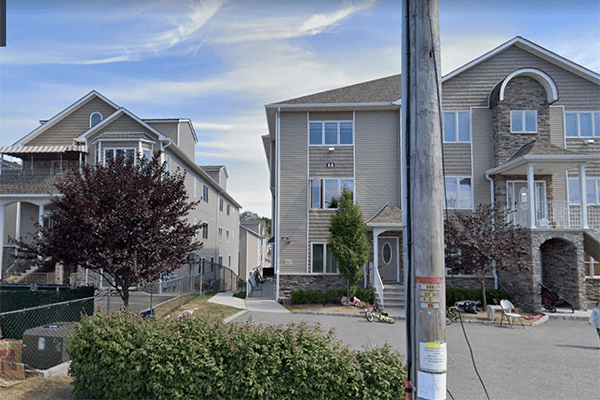 The prospective buyers of Nyack College are a joint partnership between a Kaser-based “Vizhnitz” yeshiva and the market-rate condominium developer and Rockland resident Berel Karniol, according to sources with inside knowledge.

If the deal goes through, the Nyack College campus will become an all-boys Hasidic Yeshiva. Nyack College will sell the campus for approximately $45 million to the Yeshiva, which is partnering with the developer for roughly half of the sale price, according to sources familiar with the deal.

Karniol, who lives in Spring Valley, controls dozens of companies including Trodale Development. For several years, he has bought up homes and empty land and converted them to multi-family units, mostly in Ramapo.

In 2017, Karniol partnered with developer Gabe Alexander to build The Vue, a multifamily property in Hackensack, NJ. The developers secured a $26 million loan from Connect One Bank for the project. Alexander is also the developer of Pavion, a rental housing development in Nyack. Last October Alexander Property Holdings bought the Spring Valley Marketplace for $59.3 million.

Gabe Alexander, according to sources, was the local developer eyeing a possible purchase of houses and dormitories buildings on Nyack College Campus to convert to residential use while the college was asking for an amendment to the college’s special permit.

The Village of South Nyack’s board of trustees voted last month to reject Nyack College’s application for an amendment to the college’s current special permit for its use of campus buildings for educational purposes and residential dormitories. The college was asking to amend its special permit from the Village of South Nyack to allow residential use in about half of the existing buildings for densities beyond the current zoning and outside of education use. The application requested a special permit for 22 of the 42 buildings. That represents 157,274 square feet, or only 33 percent, of the total square footage (467,666 square feet).

Technically, the college campus is two parcels. The main parcel houses 38 campus buildings, but there’s a 22-acre portion of land, ripe for development, in the northwestern corner located in Orangetown. This site is undeveloped except for the 1774 Bradley Estate, which housed the college president. It’s zoned R-80, which permits single-family detached residences on 80,000 square foot lots, as well as churches, libraries, schools and limited agricultural use, requiring five-acre lots.

The rest of the campus is zoned for 18,000-square-foot residential lots. According to the village code, the buyer of the land has a one-year window from the day Nyack College shut down its operation to preserve the right to continue its nonconforming use and operate an educational campus. Once the year mark passes, the land reverts back to R-18, or residential zoning.

If the land does revert back to R-18, a prospective developer could build single-family housing but multi-family housing with density would require a zoning variance, or a change of the zoning code by Village trustees.