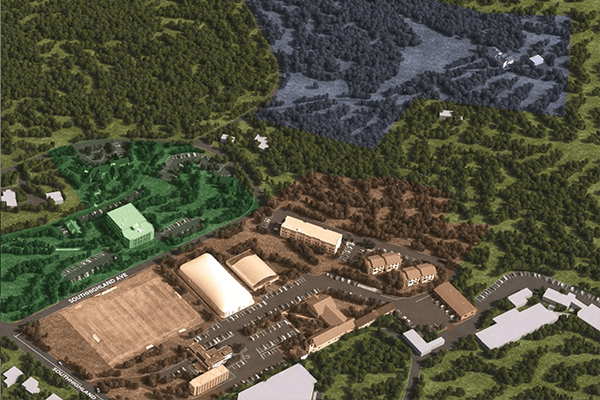 Site Could Be Expanded Down The Road

The Nyack College campus will become an all-boys Hasidic Yeshiva if the negotiated contract with an upstate entity is brought to fruition. Nyack College will sell the campus for approximately $45 million to an upstate Yeshiva, which is partnering with a developer for roughly half of the sale price, according to sources familiar with the deal.

“The Village has no legal authority to determine who the college sells to,” said Village Attorney Jim Birnbaum. “It’s a private entity. If the purchaser has a land-use application, then it will have to abide by the laws.”

It is unclear as to whether the prospective buyer is aiming to buy the entire 107-acre campus but unlikely given the presumed selling price. In 2018, David C. Jennings, executive vice president and treasurer for Nyack College, said the sales price for all of what Nyack College owns — which includes the 37-acre site of the Alliance Theological Seminary on Route 9w in Upper Nyack, and a 22-acre parcel in Orangetown with a private residence where the college president lives — was priced near $100 million. This estimate was based on two appraisals, including one from the listed agent CBRE.

The heart of the college, which has more than 40 buildings, has operated for more than half century with protection for a pre-existing, nonconforming use. If they operate under the exact terms of Nyack College’s existing special permit, the yeshiva would not need to seek special permits or permissions from the Village Board. That may change, depending upon its expansion plans.

However, according to the village code, the buyer of the land has a one-year window from the day Nyack College shut down its operation to preserve the right to continue its nonconforming use and operate an educational campus. Once the year mark passes, the land reverts back to R-18, or residential zoning. Nyack College originally slated a shutdown for the end of 2018 but reopened some of the campus temporarily in 2019. It is unclear as to whether the nonconforming use has been adequately preserved.

The zoning code also says the new owner must re-apply for a non-conforming use permit within 90 days of the closing.

Meanwhile, national housing companies like Toll Brothers have been looking at the vacant 22-acre parcel for housing development.

Sources have told RCBJ that the yeshiva plans to expand its function from an all-boys yeshiva to a family facility.

Village and area residents on Tuesday during a Zoom board meeting asked who the buyer is. Mayor Bonnie Christian said repeatedly she has no knowledge of the buyer.

A few residents asked if the village board if they were still considering eminent domain, which gives the government the right to expropriate private property for public use, with payment of compensation.

“There is no present intent,” said Birnbaum. “Not until we learn more.”

This is the second time in less than two months that villagers have flocked to a Zoom meeting, concerned about sale of the college.

The Village of South Nyack’s board of trustees voted last month to reject Nyack College’s application for an amendment to the college’s current special permit for its use of campus buildings for educational purposes and residential dormitories. The college was asking to amend its special permit from the Village of South Nyack to allow residential use in about half of the existing buildings for densities beyond the current zoning and outside of education use. The application requests a special permit for 22 of the 42 buildings. That represents 157,274 square feet, or only 33 percent, of the total square footage (467,666 square feet).

The denial was done without prejudice, meaning the college or any purchaser can come back and seek either a new special permit rather than an amended one, or request to have parcels rezoned.

The basis for the denial was procedural, rather than substantive. In fact, the denial was based solely on the fact that the village code, as it exists, has no provision for any amendment to a special permit.

Nyack College had represented that the prospective buyer would potentially sell off single-family houses on the campus and re-purpose dormitories and existing buildings into multi-family housing on nearly 50 acres where some 38 college buildings are located.