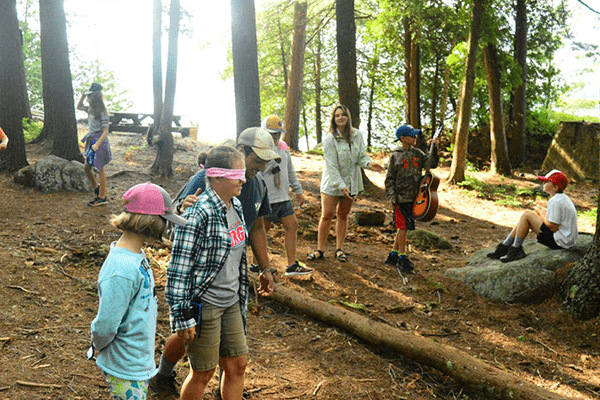 For Some Camps, Announcement Comes Too Late

New York State’s day camps can open for the summer season beginning June 29th – but the state has yet to issue guidelines in response to the ongoing coronavirus pandemic.

Gov. Andrew Cuomo made the announcement this morning. That’s the good news for many camp owners who’ve been waiting for a green light – not to mention campers, parents, staff, and all the vendors that make a living during a summer season.

“We are thrilled and overjoyed,” said Todd Rothman, owner of Deer Kill Day Camp. “We are going forward, for sure, but every camp is still waiting on guidelines. We need guidelines from the state.”

The American Camp Association, NY and NJ applauds Governor Cuomo’s decision today to allow day camps to open on June 29th, said an association spokesperson. “Camp is essential for childcare in NY during the summer months as well as beneficial for children’s mental well-being and we are thrilled that he has recognized the importance of these small businesses.”

The association spokesperson also said, “We are hopeful the Governor will consider opening NY overnight camps as they provide similar benefits for children and parents.   Our camp operators are now anxiously awaiting the immediate release of guidance by the Department of Health so camps can continue to plan for opening at the end of the month.”

Waiting for direction during the past month or so, scores of camps in New York and beyond have decided to forego the 2020 summer season. Weighing too much uncertainty and fear of a second coronavirus spike, many day and sleep-away camps have bitten the bullet, though some are trying to salvage the camp experience with virtual gatherings.

“Cuomo just announced day camps can operate beginning June 29, however, there are no guidelines out yet from local DOH offices, “ said Jess Michaels, a spokesperson from the American Camp Association, New York/New Jersey.

Rockland’s day camps need permits from Rockland County Board of Health, which takes its direction from the New York State Department of Health.

For months, French Woods Festival of the Arts, a sleep-away camp in Delaware County, has been keeping campers and parents hopeful that camp would go on. Virtual sessions kept campers and staff engaged. But over time, emails to parents began to show signs that the uncertainty would take a toll.

Still not knowing when an answer would come, French Woods sent an email yesterday saying the summer was cancelled.

“It’s too late to do the planning we need to do,” said a camp spokesman. “As of June 1st, we had not heard from the governor. There’s too much to coordinate – hiring staff from all over the country, flights, vendors. We needed to know before now. There was too much chaos. Many other camps have cancelled their summers too.”

Rothman said he rolled the dice.

“Just because we didn’t know if we could open didn’t mean we haven’t been planning,” he said. “We’ve been hiring, ordering PPP, keeping campers informed. Now, it’s just a question of what the summer might look like.”

Meanwhile, the Town of Clarkstown yesterday announced that town camps would be closed this season.

Summer camps are a staple of the American summer experience. Practically speaking, they provide structure for children, which working parents rely upon.

“Never has there been a summer where camps have not operated,” said Lupert. “Not through polio outbreaks, World Wars, not even the Great Depression.”