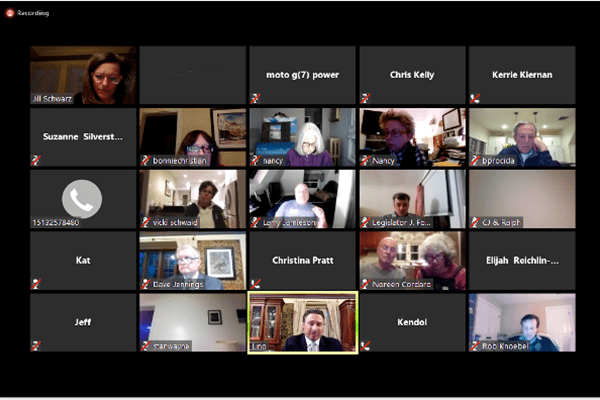 The Village of South Nyack’s board of trustees voted on Tuesday to reject Nyack College’s application for an amendment to the college’s current special permit for its use of campus buildings for educational purposes and residential dormitories. The campus is zoned R-18, which is for single-family residential use. The special permit, issued decades ago, allows the college to maintain its current use.

The college was asking to amend its special permit from the Village of South Nyack to allow residential use in about half of the existing buildings for densities beyond the current zoning and outside of education use. The application did not specify what it would ultimately do with the rest of the buildings.

The denial was done without prejudice, meaning the college or any purchaser can come back and seek either a new special permit rather than an amended one, or request to have parcels rezoned.

The basis for the denial was procedural, rather than substantive. In fact, the denial was based solely on the fact that the village code, as it exists, has no provision for any amendment to a special permit.

The code does provide an applicant an opportunity to return to the village with a new application.

The attorney said he expected the application to be referred to the Planning Board or Zoning Board, rather than being denied outright.

Member from the public on the Zoom meeting expressed relief that the application had been rejected but universal condemnation over the secrecy of the campus buyer and the lack of public deliberations on the application. When asked who the buyer is, Mayor Bonnie Christian repeatedly said the “village has rejected the application and it is no longer before the board.”

Nyack College had represented that the prospective buyer would potentially sell off single-family houses on the campus and re-purpose dormitories and existing buildings into multi-family housing on nearly 50 acres where some 38 college buildings are located.

Residents have demanded to know who the buyer is but have not received answers. However, two sources have told RCBJ there is a good likelihood that local developer Gabe Alexander is eyeing a possible purchase of houses and dormitories buildings to convert to residential use.

Alexander is the developer of Pavion, a rental housing development in Nyack. Last October Alexander Property Holdings bought the Spring Valley Marketplace for $59.3 million. The shopping center plans to allocate nearly 100,000 square feet to house a Bingo Wholesale, a kosher superstore that is a joint venture between the Brooklyn-based Marav USA and Osher Ad, a grocery chain with 20 stores in Israel.

It is unclear what had been planned for the additional 310,292 square feet of building, which includes the Boon Campus Center, Bowman Gymnasium, the Fieldhouse, Mosley Halls South and North, Bell Tower House, Bailey Library, Simpson Hall and other non-residential and educational buildings.