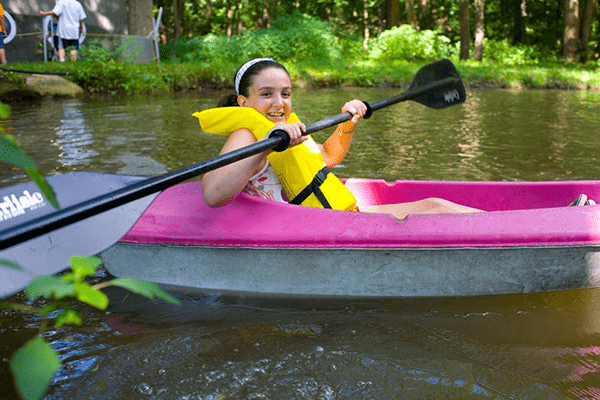 At what point will it be too late for day private day camps to be up and running this summer?

That’s what Rockland day camp owners are grappling with as they wait for the green light from Gov. Andrew Cuomo. The governor is adhering to a series of metrics to determine which businesses open and when. Restrictions in the northern regions of the state have been eased but Rockland County is not out of the woods.

Summer camp owners, county officials and camp associations are anxiously awaiting direction from both the state and the CDC but the question cannot dangle indefinitely. If doors will be permitted to open, camp owners must arrange transportation, line up staffing, and prepare their camps for the season. For now, many are still collecting fees for campers and preliminarily preparing to put social distancing and sanitizing protocols in place.

But with June 1 fast approaching, some camps will either have to navigate uncertainty or pull the plug on this year’s season.

For now, Deer Kill Day Camp owner Todd Rothman says summer camp registration is down by about 10 percent. He said hiring is brisk because many young adults, especially camp alumni, who might otherwise have had internships and other job opportunities, are gravitating to camp for a summer job.

Camp is due to open June 29th but Rothman said he will need at least four weeks to ink transportation contracts with buses that pick up children from all over the region.

Rockland’s day camps need permits from Rockland County Board of Health, which takes its direction from the New York State Department of Health.

Rothman said he has not yet received any guidance from the county.

“The decision will be made by the New York State DOH and Cuomo,” said County Executive Ed Day. “All I can say is that we have requested multiple times in the last weeks that they make the decision quickly.”

The American Camp Association meanwhile has been creating guidelines for the state to consider.

“The important thing is to ensure that our children are safe,” said Susie Lupert, executive director of the American Camp Association NY/NJ.

“Some camps have already made the decision not to operate this summer,” said Lupert. “This is going to have a huge economic impact on camps.

Summer camps are a staple of the American summer experience. Practically speaking, they provide structure for children, which working parents rely upon.

“Never has there been a summer where camps have not operated,” said Lupert. “Not through polio outbreaks, World Wars, not even the Great Depression.”

Such is the case for Rothman and his wife Rebecca, who are third-generation camp owners. Deer Kill was founded in 1958 by Irwin and Midge Rhodes, Rebecca’s grandparents. Rebecca’s parents inherited the camp before the third generation took the helm in 2007.

The Rothmans’ income is derived solely from Deer Kill camp.

“I have a tee-shirt that says ‘what do you do the rest of the year?’,” said Rothman.

The camp owner says running a camp is a year-long endeavor that involves marketing, capital projects, staffing, and maintenance, keeping up insurance. Fortunately for the Rothman’s, the couple has the economic means to ride out a forced closure of camps this summer but his fingers are crossed that some kind of camp experience will be possible.

“Everyone’s hopeful,” he said. “We’ll do whatever we need to do. Smaller groups, stay outdoors more often in open pavilions, wear masks, temperature checks and screening. Families rely on us. There’s a great deal of trust. We will do everything we can do to make this work safely, if we are allowed to open.”