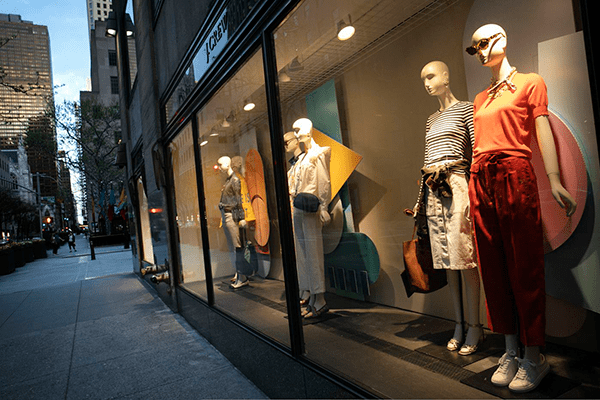 J.Crew officially filed for Chapter 11 bankruptcy protection under U.S. Bankruptcy Code in the Eastern District of Virginia federal bankruptcy court, according to an announcement made by the J.Crew Group Monday, May 4. But J.Crew and sister brand, Madewell, remain in business and plan on making it past the pandemic.

J.Crew is the first company to file for bankruptcy during the COVID-19 pandemic and analysts expect the list will grow longer.

By filing for Chapter 11 protection, parent company J.Crew Group can reorganize its debts and start over financially. To do this, lenders plan on converting approximately $1.65 billion of J.Crew’s debt into equity.

With about 500 stores, J. Crew is trying to exit its leases through the bankruptcy process, according to court documents. The company’s COO said it is working with advisers to “optimize” its footprint.

Crew has not said yet how many stores it might close in Chapter 11.​​​ The company has a location at The Shops at Nanuet, and had been looking to take space at the Palisades Center prior to the pandemic, according to an inside source.

“This agreement with our lenders represents a critical milestone in the ongoing process to transform our business with the goal of driving long-term, sustainable growth for J.Crew and further enhancing Madewell’s growth momentum,” said Jan Singer, the Chief Executive Officer of the J. Crew Group.

J.Crew has $1.6 billion in debt. Although JCPenney has enough liquidity to survive for the next several months, it may face challenges refinancing its debt in the future.

Before the outbreak, J.Crew was planning on spinning off Madewell, its fast-growing denim brand, to help pay down the bulk of its debt. But the coronavirus derailed J.Crew’s plans to launch an initial public offering of Madewell.

Madewell’s IPO was key to J. Crew’s plans. It would have provided cash to help pay down the retailer’s debt load, left there by a private equity buyout early in the twenty-tens. But as COO Michael Nicholson said in court papers, the turmoil in credit markets as COVID-19 spread through the world helped derail the IPO.

Going into bankruptcy with a pre-negotiated plan with lenders may work out well for J. Crew. Companies that go in without a plan or a buyer lined up face the greatest risk of not leaving bankruptcy.

On March 16, the company formally announced that it was closing brick-and-mortar stores in response to the COVID-19 pandemic. The pandemic has upended the retail world, including J. Crew. The company has temporarily closed all its stores in the U.S. Nicholson said the company expects a $900 million decline in sales with its stores closed. The COO called the resulting liquidity and operations challenges posed by the pandemic “unprecedented.”​ At the outset of April, J. Crew furloughed 11,000 employees.

Crew’s financial troubles precede the outbreak of the virus. Analysts have been watching a potential bankruptcy since 2017. The company has taken measures to buy time through (contested) debt deals but has not sustained enough sales and profit growth to take significant leverage off its books. The company’s plan to reduce debt may get the horses out of the gate but adapting to a new retail environmental that is extremely promotional and highly competitive in the post-pandemic world will set the bar high.