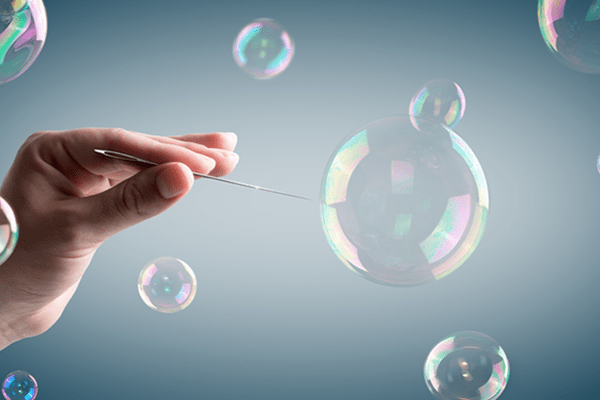 The American Mall, Which Had Been Faltering Pre-Pandemic, Is In Serious Trouble

More than half of all mall-based department stores could close by the end of 2021, according to Green Street Advisors, a real estate research firm. Macy’s, J.C. Penney, Lord & Taylor, Nordstrom, and Neiman Marcus are all reportedly on the edge of bankruptcy (Sears already filed in 2018). If department stores start closing up shop, it could doom the malls they vacate.

Economic analysts are gauging how much rent mall landlords will be collecting in the second quarter of 2020 to assess the depth of the crisis. Many tenants have said they do not plan to pay May’s rent. The shuttering of retail stores for nearly two months due to the coronavirus pandemic has devastated retailers, particularly those that were already weakened by a retail sector that has been eroding through obsolescence and to competition from the internet.

Commercial tenants will not want to lease space in a mall that feels a ghost town. With department stores in malls gone, other retailers—such as Gap, Abercrombie, or Barnes & Noble—could use co-tenancy clauses within their contracts to demand rent relief or early lease breaks, due to the loss of anchor tenants that generated in foot traffic. This could kick off a domino effect as tenants empty out, leaving malls lifeless.

Palisades Center Not Likely To Pay May Mortgage

Insiders familiar with The Pyramid Group, which owns the Palisades Center, have told RCBJ the mall developer likely will not make the mortgage payment for May. In April, a $388.5 million loan on the Palisades Center was transferred to special servicing because of an imminent default on loan payments in April. A source at JPMorgan said the property could go into foreclosure by mid-summer if Pyramid does not find a buyer but it appears the mall developer is in imminent danger.

“The truth is that across the nation retail properties have been impacted by the government-mandated shutdowns caused by the COVID-19 pandemic,” said a Pyramid spokesperson. “Accordingly, lenders and borrowers across the board are currently engaged in discussions to rework property debt.”

But it’s not just the Palisades Center that’s in trouble — Pyramid, the largest privately-held shopping mall developer in the northeast, had six of its CMBS loans transferred to special servicers in April due to imminent monetary default, according to the Kroll Bond Rating Agency.

The most vulnerable malls are those that have already lost anchor tenants like Sears and Macy’s. Macy’s had plans, even before the outbreak, to permanently close 125 stores in the next three years, most in declining malls. The Palisades Center has lost J. C. Penney, Lord & Taylor, Bed, Bath & Beyond. Retailers like Best Buy, Staples, and Bath & Body Works are all in danger of shuttering.

The loss of anchors would trigger in-line mall tenants to request and likely receive lower rents. Analysts predict traditional malls are likely to see a 20% decline in cash flow in 2020 compared with last year. This, in turn, could accelerate the decline of the most vulnerable malls.

Traditional malls, where both department store anchors and many in-line specialty retail tenants sell mostly clothing and accessories, such as The Shops at Nanuet, will be especially impacted because of their dependence on apparel, which is among the weakest retail sectors.

Economic analysts had been predicting a shrinkage in the mall sector over the next five to 10 years. The coronavirus has not only deepened the cracks – it has potentially sped up the inevitable.

Although the retail shutdown mandated by the COVID-19 pandemic has been temporary, and some nonessential retail have already begun opening, the virus has not been eradicated and consumer behavior is likely to be altered for the foreseeable future. Until there is a therapy for COVID-19 or a vaccine consumers are going to be wary about returning to life as normal. And retailers will need to create an environment of sanitizing and social distancing to lure customers back. This kind of societal construct is unlikely to put retail activity at full tilt any time soon.

Strip malls too face dire risk. While grocery anchors have found new life during the pandemic, their healthy sales won’t be enough to offset the decline of big-box and other tenants. Analysts predict big boxes will see a 10% decline in cash flow this year. Shopping centers too with small, local businesses like restaurants or nail salons and full-price apparel are likely to struggle.

For the past two years, mall owners have talked about saving their necks via a more diverse mix of tenants, including the integration of office space, hotels, conference center, hotels and all forms of entertainment. But malls decimated by the pandemic are not going to be poised for redevelopment if there is almost no demand for a glut of empty retail space.