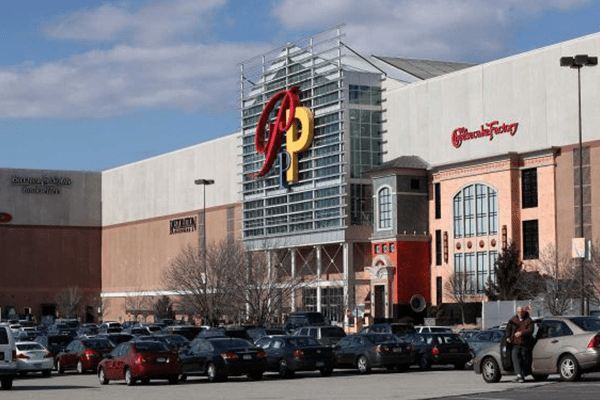 The Palisades Center may be in trouble.

Its massive debt of $388.5 million has been transferred to a special CMBS servicing unit because of “imminent monetary default,” which means that the debt will be serviced by a third-party company that handles payments and communications with distressed borrowers, as reported by Trepp, a financial data company.  CMBS are commercial mortgage-backed securities.

The 2.2 million-square-foot Palisades Center in West Nyack had been feeling the pains of the retail contraction that’s been going on for a couple of years. It appears the coronavirus pandemic may have pushed it over the edge.

According to an inside source, debt originators JP Morgan and Barclays, have approached brokers to discuss sale of the property. Triple 5, developer of the American Dream Mall in New Jersey, and other mall developers, have expressed interest in acquiring the Palisades Center.

The debt was originated by JPMorgan Chase and Barclays in 2016 and was included in a single-asset CMBS transaction with Wells Fargo as both master and special servicer.

Pyramid Companies developed the mall, which opened in 1998 and is the 11th largest in the country.

The loan covers 1.8 million square feet of retail space at the property, and excludes space occupied by Macy’s and Lord & Taylor. The mall’s capital stack includes an additional $141.5 million in mezzanine debt, according to rating documents.

No servicer commentary was provided in connection with the transfer.

Fully leased in 2016, the property’s occupancy fell to 82 percent in 2019 with the departure of tenants including JCPenney, Lord & Taylor and Bed, Bath & Beyond. JCPenney’s exit in 2017 led Moody’s to downgrade some classes of the CMBS trust.

The mall is also home to the 21-screen AMC Palisades Theater, which has been shuttered by the coronavirus. AMC’s struggles have spurred speculation that it will soon declare bankruptcy — although its owner, China’s Dalian Wanda Group, has denied this.

Last May a judge dismissed Pyramid’s lawsuit seeking to buildout unused space on the fourth floor.