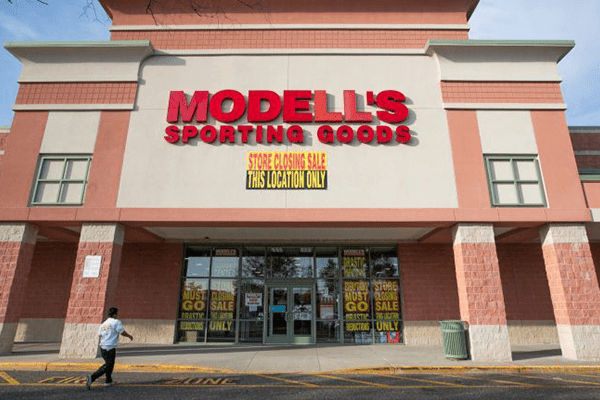 Sporting goods chain Modell’s says it is closing 24 of its 140 stores nationwide. So far, It is unclear whether either of Rockland’s two locations will be affected.

Modell’s is located at Rockland Plaza in Nanuet and The Palisades Center. Both retail hubs continue to be vulnerable to the string of retail closings and bankruptcies, particularly for apparel retailers Rockland County has lost Macy’s, Sears, J.C. Penney, Lord & Taylor, and several chains including Charlotte Russe, Payless Shoes, Destination Maternity, Express, and Avenue.

Modell’s has been struggling and had a particularly rough holiday season, CEO Mitchell Modell told the Wall Street Journal. The warm winter and weak showing by New York sports teams this year hurt results — along with the other problems that retailers face, including online competition.

Modell’s lost $50 million in sales in 2019, amid increased online competition. The company has said its primary distribution center is moving from New York to Bordentown, New Jersey.

The company stopped paying some landlords and vendors, Modell told the Journal. The company hired advisors to consider a restructuring and has previously said it would close underperforming stores.

Of the 24 stores that will be closing, five are in New Jersey and four are in Pennsylvania. The store at 1608 Walnut Street in Center City has closing signs in their windows. The exact locations of the other closings were not released. CEO Mitchell Modell made the announcement on Fox Business on Friday.

Mitchell’s Modell said he is now looking for outside investors to save the company. Modell said he will do “whatever it takes to keep his 130-year-old family business in operation.”

The company was founded in 1889 by his great-grandfather Morris A. Modell. The first store was located on Cortlandt Street in Manhattan.