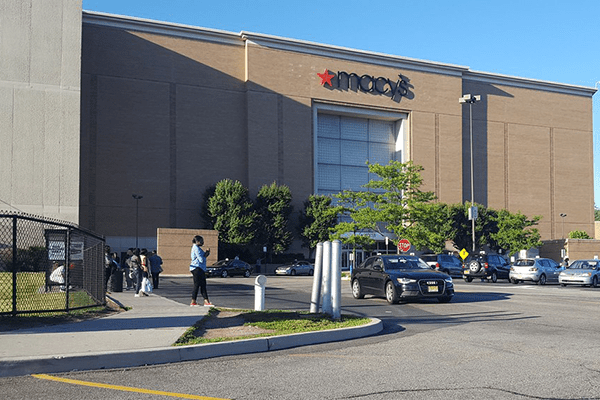 Struggling department store chain Macy’s is planning to close 125 of its weakest stores over the next three years and cut 2,000 corporate jobs in its latest push to reinvent itself in the age of online shopping. The nation’s original department store is also moving its headquarters to New York from Cincinnati.

The store closures represent about one-fifth of Macy’s current 684 stores, a figure that includes both Macy’s and Bloomingdale’s locations. About 30 of the 125 stores are already in the process of shutting down. For now, the Palisades Center location appears to be spared but insiders say traffic at the mall and to the department store is down.

Macy’s has loyal customers and investments in updating its stronger stores are working, CEO Jeff Gennette said during a meeting with investors Wednesday. But the company has too many stores to maintain them at “brand-right standards,” he said — even after an earlier round of 100 store closures the retailer announced in 2019.

Macy’s will close under-performing stores in “lower-tier” malls, which Gennette says will continue to decline in a market that is “over-malled and over-retailed.”

Macy’s shuttered its location at the Shops at Nanuet.

The Palisades Center has lost its other two anchors: J.C. Penney and Lord & Taylor.

Macy’s has been working to bring shoppers back. It’s put money into upgraded 150 top-performing stores that account for about 50% of its sales. It’s also experimenting with new models, from budget-friendly Backstage to teaming up with resale site ThredUp and testing an apparel rental service at Bloomingdale’s.

Macy’s also plans to expand the upgrades already in place at 150 stronger stores to 100 additional locations this year, and about 400 by the end of 2022. About 50 new Backstage shops will open within Macy’s stores this year, as well as seven standalone Backstage stores outside of malls.

But Macy’s reported a steeper-than-expected 3.5% drop in sales at stores that had been open at least a year in its fiscal third quarter, which ended in Nov. 2. That marked Macy’s first quarterly sales decline among comparable stores in almost two years.

The company is planning to cut about 2,000 jobs, or about 9% of its corporate workforce.

The retailer is also testing a new, smaller store located at a strip center instead of a mall. The store, dubbed Market by Macy’s, will carry Macy’s merchandise, local goods and food and beverage options. The first is opening in Dallas on Thursday.

The appeal of the new stores will be their location in shopping centers, which offer easy access off main roads, and their smaller size of about 15,000 square feet, which is one-tenth the size of a typical Macy’s