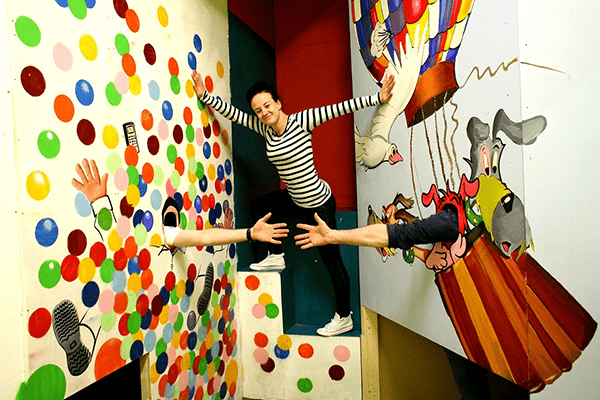 The Barnes & Noble at the Palisades Center will likely downsize and relocate to another space to make room for a European gaming company later this year, according to documents provided by a source for the mall.

Floor plans indicate Boda Borg, a reality gaming company, will take over the 25,358 square-foot bookstore on the fourth floor that has a separate entrance to the parking lot. Barnes & Noble, meanwhile, appears slated to move to a space nearly half that size on the first floor near Best Buy.

Barnes & Noble has recently been bought by the owner of U.K. bookseller Waterstones for $638 million. The mega bookstore has been struggling for years but the strategy going forward includes closing some locations, downsizing others, and operating stores as though they were “local” bookstores catering to a local population via events and careful curation. Rockland County’s other Barnes & Noble is located at Rockland Plaza on Route 59.

Malls nationwide are grasping to stay relevant. It is not unusual for malls to shake up its tenants.

Both the Palisades Center and The Shops at Nanuet are suffering from the constriction of big boxes and department stores. The past two years have brought closures including Sears, Macys and Lord & Taylor. Bed, Bath & Beyond at the Palisades Center is expected to close in June.

Mall companies believe entertainment, hotel, convention center, and even residential elements are the key components to bringing malls back to life. The entertainment element can be more easily added, as it takes greater effort to incorporate hotel, conference centers, or residential units.

The Palisades Center wants to turn 240,000-square-feet of space on its fourth floor into an entertainment hub. EklecCo NewCo, the Delaware-based LLC that owns the Palisades Center, and Clarkstown are locked in a legal battle over the center’s desire to build out and lease the space. The mall needs town and voter approval to expand but the mall is fighting the issue. Last week, both sides argued before the United States Court of Appeals for the Second Circuit.

Meanwhile, town officials have ramped up discussions over whether to hold a town referendum or whether the town council should unilaterally vote to eliminate the restrictive covenant that is preventing the mall from moving forward with its buildout.

Boda Borg, meanwhile, a reality gaming experience, is said to be coming to the Palisades Center.

Boda Borg, a concept that originated in Sweden in the 1990s, opened its first US location in Malden, Massachusetts in 2015. Since then, people from across the globe have flocked to Boda Borg to participate in its unique challenges, or “Quests,” that test teams of 3-5 on their mental and physical fortitude. Each Quest is built around a theme and is fully immersive: In one afternoon at Boda Borg, you’ll solve puzzles, army crawl, and swing on ropes as you partake in a magical potions class, break out of Alcatraz, and raid a pantry as a team of rats.

Boda Borg has helped transform Malden, MA into a gaming center – an aspirational model for malls that are looking for a new lease on life. Bit Bar, 8D Room Escape and Board Games, Waynoo Gaming Café, and Hobby Bunker are all growing their businesses in the heart of downtown. Becoming known as the “Gaming District,” the area has benefitted local restaurants and retail. Boda Borg says more than 600,000 people worldwide have visited.

Boda Borg’s CEO David Spigner would not confirm or deny the company’s plans to relocate in the Palisades Center. But Spigner did say “I’ve been to the Palisades Mall. It’s beautiful.”

The CEO did say he’s growing his company and malls are on his radar.