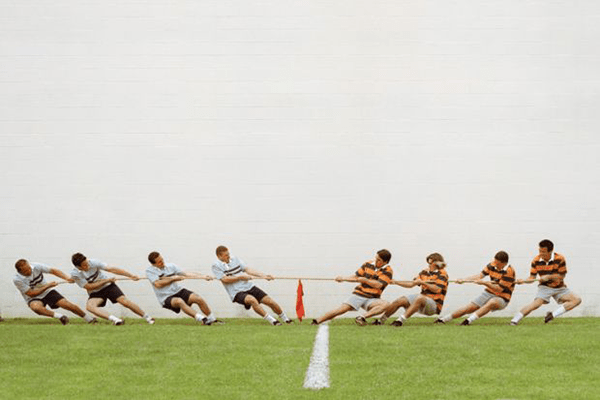 3-3 Vote By Planning Board; Board Chair Gil Heim Absents Himself

Where does it go from here?

For the second time in a row, the Clarkstown Planning Board on Wednesday delivered a three-three vote on whether Suez’s application to expand its new facility on the former Tilcon site in West Nyack deserves additional environmental scrutiny. The main surprise this time was that two members flipped their positions on whether Suez’s proposal should be subjected to SEQR review but the result was the same.

Also repeating itself was the absence of Board Chairman Gilbert Heim who told RCBJ he has not publicly recused himself from the application. Nevertheless there is a perception that Heim, who is president of Rockland County Central Labor Union, AFL-CIO, has chosen not to participate in this application going forward even though he presided over the first three hearings.

“If I were going to recuse myself I’d do it in person at a board meeting,” Heim told RCBJ. In fact to officially recuse himself, Heim would have to do it publicly.

It is unclear what happens next. After the vote was cast, Suez attorney Lino Sciarretta wanted to know why Heim was not present. Vice Chair Rudolph Yacyshyn, presiding over the hearing, as he did last time, was unable to deliver a clear answer on Heim’s absence, or for that matter, whether Heim would be present for this application in the future. The project is heavily supported by the unions, who have attended the hearings and testified Suez is a good provider for jobs and benefits.

Community members and water activists have been calling for a SEQR (New York State’s Environmental Quality Review Act) process because they believe the project proposes potential danger to Lake DeForest and the watershed. A SEQR review would delve deeper into the study of potential environmental impact, and could derive at alternative solutions that could mitigate harm. Specifically, community members want a second look at proposals for storm water management, a permeable surface for the parking lot, better landscape screening, siting of the parking lot.

The hearing took a dramatic turn when Tilcon neighbor and activist Lynn Munroe played a video of a recent post-storm water runoff. The water, along with silt and debris, coursed over Old Mill Road, running toward the reservoir.

Board members sat quiet throughout the hearing but acting chair Yacyshyn made it abundantly clear he believes the town’s scrutiny of the application is sufficient. He gave deference to town employees to justify their position that no further study is needed. But the entire board was not persuaded. After another tense, protracted hearing, punctuated with argumentative backs-and-forths between speakers and Yacyshyn, the board took two votes: Whether to declare a negative declaration and whether to declare a positive declaration. The first would absolve the applicant from needing an environmental impact study as part of a SEQR review; the latter would have required one.

What is unanimous is the exhaustion on all sides over this application, which has been active for more than a year. Suez meanwhile is in the process of readying the building on the Tilcon site for its new headquarters and has been cutting trees and installing sewer hookups. Suez has argued repeatedly that it has an “as of right” plan to move into its facility and insists the town has given the project an adequate look. The company, bowing to pressure, updated its application by removing fuel tanks.

Nevertheless, many residents are not satisfied with the assessment or the concessions. In addition to worrying about harm to the reservoir, the prime source of Rockland’s drinking water, neighbors are concerned about increased truck traffic, noise, and potential accidents on the narrow roads around the site.

Seems as though the next move lies with Suez. Should the company concede to a SEQR review, which would keep the project moving forward? Does it make sense to return to the planning board again with essentially the same application – and for what? Or does the company go back to their proverbial “planning board” to sketch out a new plan that might be more acceptable to the community?

It’s an interesting junction – and a tough one for Suez but it seems that this is Suez’s puzzle to solve. Unless, of course, Heim agrees to return to a future planning board hearing to cast the deciding vote.