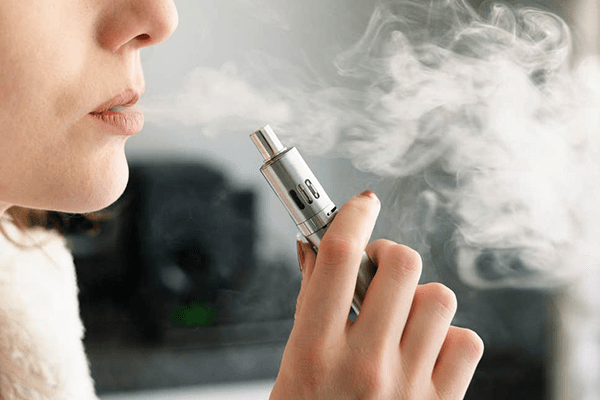 The ban reportedly will not include the sale of menthol or tobacco flavors.

Meanwhile, Governor Andrew M. Cuomo is planning legislation banning all flavored nicotine vaping products including menthol flavors and vaping advertisements aimed at youth. The legislation would authorize the State Department of Health to regulate the sale of chemicals used in vaping-related products and ban the sale of vaping product carrier oils deemed to be a public health risk. The proposed legislation would prohibit the online, phone and mail order sale of e-cigarettes; only registered retailers would be allowed to purchase e-cigarettes using those methods.

“Vaping is a public health crisis, claiming too many lives and making countless others sick in a short period of time,” Cuomo said. “The problem is made worse by unscrupulous vaping companies who are targeting young people with candy flavored products like Cotton Candy and Bubble-gum and other marketing ploys. While the federal administration continues its empty rhetoric on an issue impacting more than a quarter of all high school students, in New York we’re using every tool at our disposal to keep help children safe and stop them from forming an unhealthy and potentially deadly lifelong addiction.”

Matt Myers, who heads the Campaign for Tobacco-Free Kids, agrees. He says banning flavors is good, but leaving menthol and tobacco vaping products on the market is dangerous.

“This policy is one that was dictated by the e-cigarette industry,” Myers said. “Menthol cigarettes are used by more than half of all kids as they start a product.”

His group says one-third of all e-cigarette users in the U.S. are middle and high school students, and 97% of kids use flavored pods.

Nearly 40 percent of 12th grade students and 27 percent of all high school students are now using e-cigarettes, with this increase largely driven by flavored e-liquids used in vaping devices. With this ban New York continues to lead the charge on limiting the use of flavorings in all vaping products and provide critical support to local communities who are fighting this growing epidemic.

President Trump hinted at the ban this week.

The Centers for Disease Control counts more than 2,500 cases of people hospitalized with e-cigarette or vaping associated lung injury and 55 deaths. The CDC says the chemical vitamin E acetate, found in some vaping products, is “closely associated” with the deaths and illnesses.

The Governor’s legislation will ban all vaping-related ads targeted to youth, including those in more traditional forms of advertising such as newspapers and magazines, as well as in digital formats in periodicals, social media and on websites with significant youth viewership. Advertisers will also not be allowed to make vaping product safety claims or pitch vaping products as smoking cessation options without FDA-approval.

Responding to the proliferation of these dangerous, untested and unregulated chemicals used in vaping related products, the Governor will also advance legislation to empower the Department of Health to ban the sale of vaping carrier oils that include chemicals or ingredients that when inhaled through a vaping device are deemed to be dangerous and a significant public health risk.

The current sale of e-liquids and e-cigarettes through online, phone and mail order allows underage youth to purchase products unlawfully and circumvent sales taxes. The Governor will advance legislation restricting the online, phone and mail order sale of e-liquids and e-cigarettes only to licensed vaping product retailers. Only registered retailers would be allowed to purchase e-cigarettes using those methods. This restriction, which already applies to the sale of conventional tobacco products, will help stop the illegal sale of dangerous vaping products to underage purchasers.

The Centers for Disease Control counts more than 2,500 cases of people hospitalized with e-cigarette or vaping associated lung injury and 55 deaths. The CDC says the chemical vitamin E acetate, found in some vaping products, is “closely associated” with the deaths and illnesses.