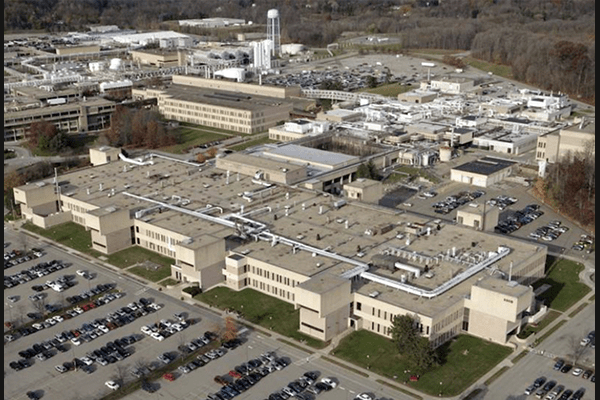 Strong demand for her product led Carroll to scale up her manufacturing capability – but she isn’t doing that in Rockland County.

“I searched for a year and a half and could not find a suitable space in Rockland,” said Carroll. “There were no creative spaces, just typical depressing warehouses. And besides everything is unaffordable.”

In early January, Jane Bakes will open a 6,000-square-foot manufacturing facility with an eventual retail/cafe component in iPark 84, a 300-acre mixed-use, nine-building, tech/flex redevelopment site with two million square feet of space on the former IBM East Fishkill campus in Dutchess County. The property, redeveloped and branded by the Greenwich-based National Resources, is slated to include retail, hotel and residential components.

“If you’re in a creative business, like food or art, you want a space that inspires you,” said Carroll. “I would have loved to do baking at Bell Ans (artists’ colony in Orangetown) but it was too expensive. Or at Garnerville Arts – I love it – but it’s not conducive to 18-wheelers coming and going. And it’s not near a major highway.” iPark is located at I-84 Exit 15.

Carroll is paying $9.75 per square foot, or $4,875 a month for a 6,000-square-foot for a freestanding building with 25-foot tin ceilings and concrete walls. Even the utilities are “dirt cheap,” she said.

“We were able to open walls and build out the space as it suited our creative vision,” she said. “They let me run with it. It’s a very cool space.”

There is talk of having a weekly market for food vendors on site in the spring.

At rollout, Carroll plans to produce 12,000 cookie packages a week, up from 3,000 now made at Jane’s Café in Pearl River. Jane Bakes’ gluten-free cookies, including the popular double chocolate and maple pecan, are sold in nearly 300 stores. Carroll, along with a couple of employees, will work in Fishkill and she plans to hire three more.

“We have a list of stores across the country that are waiting for the product that I have not been able to produce,” she said.

The ramped up manufacturing will allow Carroll to widen her net, selling to retailers in the mid-Atlantic and New England.  Her new production capacity will give her space to manufacture mini ice cream sandwiches for Shop Rite.

Meanwhile, in what feels like a modern-day “Christmas Carroll,” the baker has gifted her long-time employee/chef Ruben Vega with the café.  She said she’ll continue to collaborate with him but the café is his. “I’m paying it forward. It’s good karma.”

Under the iPark brand, National Resources has transformed some of America’s largest industrial sites into vibrant workplaces. During the past 15 years iPark has developed over 5 million square feet of space in eight locations, creating more than 20,000 new jobs in formerly vacant space. The firm has participated in the Yonkers renaissance with ipark Hudson after purchasing the Otis Elevator building from the Port Authority of NY/NJ in 1999 and turning it into a 24-acre campus with 800,000-square-feet of space in eight buildings across from the Yonkers Train Station and adjacent to the library.

National Resources has worked with Think Dutchess, a development organization, to development and market the concept in the county.  iPark84 is nearly 30% occupied.

“It’s a city within a city,” said Think Dutchess CEO Sarah Lee. “The master plan is to create a community where you can live, work, and play.