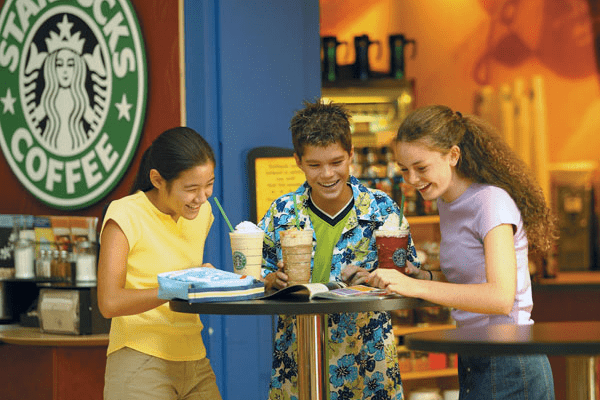 Teens Worry About The Economy Too; Eating Out A Priority

Teenagers or Gen Zers are spending less as their worries about the economy become more potent. Thirty-two percent of teens think the economy is worsening, up from 25% who thought the same last fall, according to a Piper Jaffray survey of American teenagers.

Teenagers’ spending decreased by 4% year-over-year. Teens’ annual spending is averaging $2,371, the lowest survey level since the fall of 2011, when spending hit the survey’s trough of $2,234.

“We saw the lowest teen spending levels in eight years; the two most challenged categories were handbags and cosmetics as females reprioritize their spending with eating out and footwear/apparel,” Erinn Murphy, Piper Jaffray senior research analyst, said in a statement.

When teens are spending, food takes the top share of wallet for the males at 23% of their spending, and clothing is tops for females at 27% — though apparel spending is down 3% over last fall. The categories swap for second among the genders. Video game spending is third for males and personal care is third for females. While outside the top three spending areas, shoes gained share among all teens, hitting peak historical spending levels.

Chick-fil-A remains the favorite restaurant for teens, growing by 6 percentage points for upper-income teens from the spring survey.

Starbucks holds its number two position. Chipotle Mexican Grill is the third favorite restaurant for upper-income teens while McDonald’s weighs in at number three for the average-income group.

Nike remains the top brand for nine years running, coming in slightly stronger than last year as the preference for athletic brands continue. American Eagle Outfitters is the second favorite apparel brand for at least the fourth-straight survey. Adidas holds its teen market share coming in as the third favorite apparel brands. Lululemon moves up to the seventh spot from 11th in last fall’s survey, landing in its highest spot yet. In a nod to both the athletic trends and desire for ’90s fashion, Champion cracks the top 10 for the first time.

Forever21 lands in the number 6 spot, with just a 3% market share, down from fourth at 5% share in spring 2019 as the fast-fashion retailer files for bankruptcy. Victoria’s Secret falls out of the top 10 to number 13 as it struggles to excite shoppers. Ralph Lauren was once a popular name for the teen cohort, but it too now remains outside the top 10 for the second straight survey.

Footwear spending averages near $300 a year for teens, about on par with last year, with males outspending females by about $60 annually. Like in apparel, Nike holds onto teen favor as the favorite footwear brand. VF Corp’s Vans holds the second spot and Adidas stays at number three. Piper Jaffray calls out Crocs as one of the most notable movers in survey, now the seventh most preferred footwear brand, hitting the highest level in survey history, up notably from 13th last year.

Both Vans and Crocs are likely gaining popularity as both brands are part of the so-called VSCO girl fashion trend, popular among Gen Z teen girls. The style (pronounced vis’-co) is a big change among teen culture because it embraces a very uniform look and very specific brands. Previously, teens were hoping to find clothes that expressed their individuality.

Under Armour had mixed results. In footwear Under Armour, moves up into the top 10 preferred brand for the first time, but it’s also still the number one “brand no longer worn” by males at 21% versus 15% in the spring survey.

Female teens are growing less interested in spending on handbags just as makers like Michael Kors, owned by Capri Holdings, and Coach and Kate Spade, both owned by Tapestry, are reining in promotions to regain more full-price selling. According to this year’s survey, teens are spending only an average of $90 a year on handbags, a new survey low. At the survey’s peak, the average handbag spending was $197 annually in the spring of 2006. Michael Kors holds onto its top spot for at least the fourth survey running, but it has ceded share as Louis Vuitton gains and sits at the number two spot for “favorite handbag brand” and Kate Spade also falls further out of favor.

While teens are shopping increasingly online, beauty is a category where 91% of the demo will shop in-store. However, cosmetics spending has hit 19-survey low with spending down 20% from last fall.

When teens are buying beauty, Ulta is the favorite store, furthering its lead as the top beauty destination gaining 5 percentage points from the spring survey as second-place Sephora falls by 9 percentage points. Walmart comes in at number three, Target fourth and Amazon rounds out the top five.