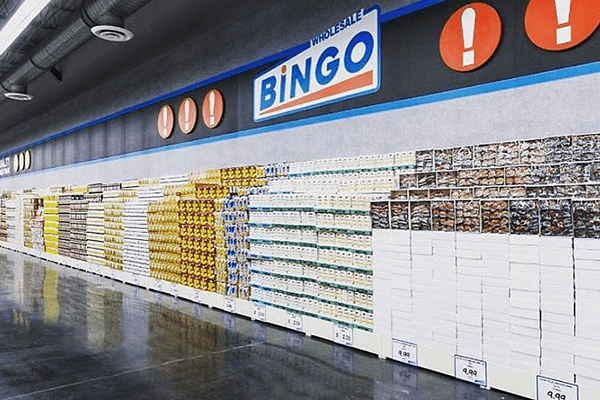 Rockland Developer Alexander Property Holdings has bought Spring Valley Marketplace for $59.3 million. The shopping center will allocate nearly 100,000 square feet to house a Bingo Wholesale, a kosher superstore that is a joint venture between the Brooklyn-based Marav USA and Osher Ad, a grocery chain with 20 stores in Israel.

Alexander plans to mix up its tenant mix to bring in Bingo, said a source familiar with the deal. The shopping center has 340,000-square feet. “I’m sure some of the tenants will be thrilled to be released from their leases,” the source said.

DLC later redeveloped the property and increased its size to its current 340,373 square foot configuration.

Bingo Owners Plan “Many, Many” Stores

A year after opening its first store in Brooklyn, N.Y., Bingo Wholesale opened its second store in the heavily Orthodox, kashrut-observant community of Lakewood, N.J.

The Costco-style kosher warehouse doesn’t require membership, but having one allows customers to use in-store coupons.

“You’ll find brand name goods, but also items under Bingo Wholesale’s private label, which includes BluPantry and BluShine,” reported App.com. “Many items also are in large and bulk sizes, commonly found at a warehouse clubs, which helps to differentiate Bingo from other stores.”

While Bingo may specifically target Jewish customers, New York-based supermarket analyst Burt Flickinger III told App.com that what’s available at the store in terms of price, quality and other factors makes it “a United Nations of consumers.”