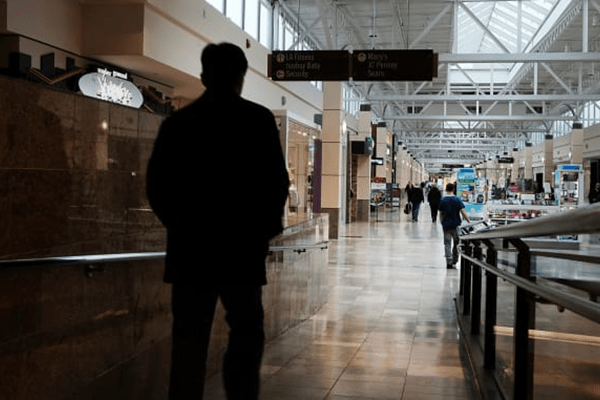 One in Four Malls Could Close By 2022

How hard hit will Rockland’s retail scene will be hit as the marketplace continues to see closures and bankruptcies? No one can say for sure but the statistics are alarming and the writing is on the wall for some retailers with Rockland locations that have been cornered by debt, obsolescence, and declining mall traffic.

Vacancies in US shopping malls have hit an eight-year high. However the data shows some areas are more disproportionately impacted than others. Recent closures of Fairway at the Shops at Nanuet and Lord & Taylor at the Palisades Center, which leaves the mall devoid of two anchors, have delivered a blow. Fairway blamed the closure of Sears and Macy’s for its poor performance.

One in four malls could close by 2022. In 2017, 105 million square feet of retail space shuttered; in 2018, that amount was 90 million square feet. Neither The Shops of Nanuet nor The Palisades Center have been immune to the shrinking retail industry, particularly among high-end brands and department stores.

Mall vacancy rates, an effect of closures, climbed during the first quarter of 2019 to 9.3% from 9% in the fourth quarter of 2018, according to real estate research firm Reis. This is the highest vacancy rate the firm has tracked since the third quarter of 2011, when it was 9.4%.

The signs of difficulty in local retail property markets come as landlords brace for a wave of store closures following the bankruptcy of Forever 21 this week.

The Reis data published on Thursday, which track 77 metro areas, show 9.4 per cent of units were empty in the third quarter — equaling a post-financial crisis high reached in 2011. The retail vacancy rate was less than 7 per cent in 17 cities, led by San Francisco with a 4.1 per cent rate. By contrast, 24 cities saw vacancy rates above 12 per cent, including Memphis, Buffalo and Albuquerque.

The metric worsened in several areas where there were already a higher than average proportion of empty properties. In Syracuse, New York, where Pyramid, the company that manages the Destiny USA mall, retail vacancies rose 2.4 percentage points over the past year to 14 per cent. Shopping malls have borne the brunt of a wave of closures and bankruptcies this year.

Many Retailers With Rockland Location On Bankruptcy Watch List

Forever 21’s Chapter 11 filing is the latest reminder that the economic climate for many sectors of retail is still brutal. So far this year there have been more than 7,000 store closures — more than any full-year total to date — and 16 major bankruptcies.

This week, Bed Bath & Beyond interim CEO Mary Winston told analysts the company expects to shutter 60 stores by the end of the fiscal year. This is an increase from the 40 stores it initially said it intended to close. The company also reported second quarter net sales fell approximately 7.3% to $2.7 billion from $2.9 billion in the year-ago quarter. Comparable sales fell 6.7%. Operating loss was $182.3 million from a profit of $78.9 million a year ago. Net loss was $138.8 million from a profit of $48.6 million in the year-ago quarter.

CreditRiskMonitor uses a proprietary metric (FRISK) that measures the risk of a company filing for bankruptcy within 12 months. It’s based on several factors, including credit ratings, stock volatility, financial metrics and proprietary data.

According to FRISK, retailers with an up to 50% chance of filing for bankruptcy include Destination Maternity, J. Crew, Rite Aid, and Pier 1. All these retailers have a presence in the county.

Q2 was rough for maternity apparel retailer Destination Maternity that the company is considering a possible sale, along with asset sales and stand-alone turnaround options. Top-line sales were down 12% and comps fell 10.5%. The retailer managed to reduce expenses, in part through layoffs, but also saw its margins shrink.

Pier 1 expected a bad second quarter, and it got one. Top-line sales fell 14.3%, comparable sales were down 12.6% and net loss nearly doubled to more than $100 million. Executives said this was expected, as the retailer clears inventory as part of a merchandising reset in time for the holidays. But with its sales base shrinking, Pier 1 is looking to close 70 stores, or more — up to 15% of its footprint, if it can’t make performance targets.

In August, Ascena threw cold water on reports that it was having communication issues with its lenders that led them to think the apparel retailer was considering a bankruptcy. Like Penney, it may have felt compelled to do so because of how much concern there is around the retailer, which owns Loft, Ann Taylor and Justice, among others. This year, the company has turned over multiple c-suite executives, sold off a majority stake in Maurices, moved to shutter Dressbarn and is reportedly mulling the sale of Lane Bryant and Catherines — all in an effort to stanch financial bleeding and its drift into penny stock territory.

Meanwhile, the FRISK report says the list of companies with an elevated chance for filing for bankruptcy include Express Inc., J.Jill, GNC, and At Home, which is the expected to move into the ground floor of the former Macy’s site at the Shops at Nanuet.

Gap and Victoria’s Secret are among several household names to announce closure plans, while Payless ShoeSource and Charlotte Russe have each launched bankruptcy filings.

Analysts say we are seeing highly elevated risk levels in major segments of the industry, especially for apparel retailers. The factors behind the risk are largely the same as they’ve been in recent years. Hefty debt loads (often from private equity buyouts) have run into heightened price competition, declining mall traffic, and accelerated e-commerce adoption and other technological changes.

“Most” retailers are over-stored and 30% of current retail space could be nixed in its current form, according to investment bank B. Riley Financial and Scott Carpenter, the head of B. Riley’s liquidation arm, Great American. B and C-class malls are likely to be the main theater of those closures. Carpenter predicts that our current era of consolidation could last another 18 to 24 months, according to a B. Riley