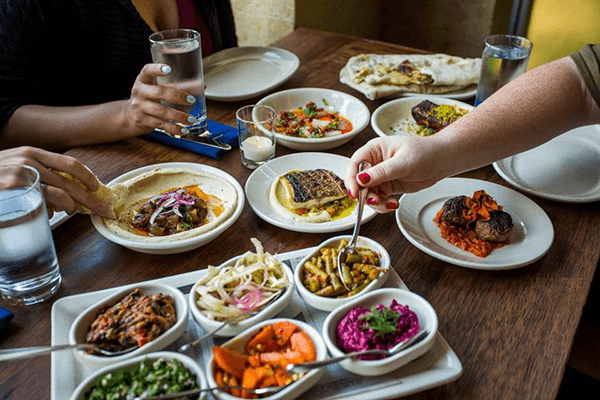 The food scene in Nyack and the river towns will get a double boost of exposure this fall during two events that partially overlap.

The long-running Hudson Valley Restaurant Week, which runs from Nov. 4th – 17th, includes more than 200 locations from the Hudson Valley, including 19 from Rockland County. Participating restaurants, which pay an $800 fee, offer prix fixe menus, and are promoted by Valley Table Magazine, the event’s organizers.

For the first time, Rivertown Magazine, along with the Nyack Chamber of Commerce and Boozy Burbs, an event curator, is hosting “Foodie Fest,” which is more locally focused on what Nyack and the surrounding river towns have in the oven and on tap.

“The majority of participating restaurants for Hudson Valley Restaurant Week are in Westchester, a handful are in Rockland,” said Rivertown’s editor Angeline Sheridan. “We want to have an event that’s focused on this side of the river.”

Participating in Foodie Fest does not require a special menu. Restaurants, say its organizer, are free to create their own menu without any restrictions on pricing.

The organizers say they will “amplify exposure” to participating restaurants through “print, digital, radio, and social media” coverage.

Joe & Joe owner Anthony Longobardo, who opened his Nyack restaurant 10 months ago, said he’ll be participating in both food festivals.

“It’s my first time participating in these events,” said Longobardo. “I’m not sure why they are running during the same week. This is new to me. But we’ll see how it goes.”

Foodie Fest will kick off with a cocktail party on October 24th at the Rockleigh Country Club in New Jersey from 6:30-10:30PM. Tickets in advance are $35, $50 at the door.

One Nyack restaurateur, who caters to large groups, says he’s all for highlighting the local food scene but doesn’t understand why the kickoff event was outsourced to New Jersey.

“This gala event should not take place in New Jersey,” said Angelo Rubino, owner of Nyack Seaport, which hosts large affairs. This kind of thing should be kept in Rockland. The whole idea is to promote local, no?”