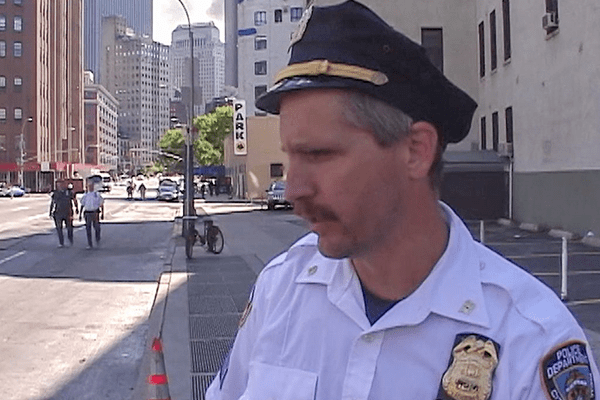 Have You Seen This Person?

We all remember where we were on that morning when the sky was as blue as it could be but the world as we knew it changed forever.  Patrick Heaphy, a video producer, was working on a rap album called “It’s Over” when the call came. A plane had crashed into the World Trade Center.

Heaphy had never been a news cameraman or a documentary maker but on that day he left his office on 21st street and snaked his way through the city to Chambers Street with his Sony PD150 camera rolling, absorbing the shock and grief from bystanders he met along the way as a second plane impaled the World Trade Center. 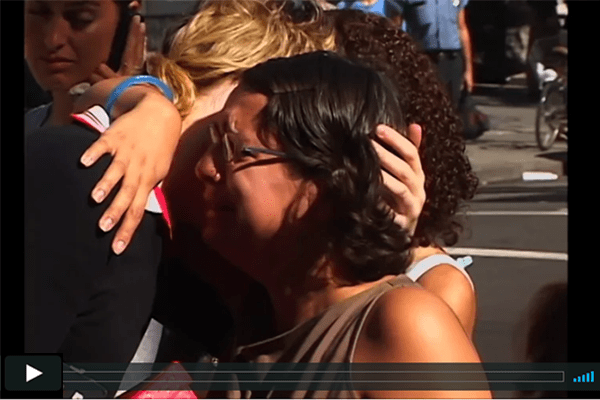 Now, Heaphy is turning four hours of interview footage from Sept. 11th into a full-length documentary that captured the reaction of stunned New Yorkers from that day, and unraveling how their lives evolved in the wake of the darkest of American experiences. Fundamentally, he wants to know how Sept. 11th shaped our lives. It’s an Everyman story.

Heaphy, and his team at LCM 247 Creative Agency and Television Studio in Pearl River, are hoping to track down some of the 80 people who spoke on camera that day.

To date, the production team has connected with two of the bystanders he interviewed. The documentary, “9/11+20” is slated to appear in time for the 20-year anniversary.

But Heaphy wants your help! Here is a link to photos of those he interviewed. Do you recognize anyone? Do you see any clues in these photos? He wants to find at least 20 people to interview for the film. A trailer for the documentary can be viewed here.

“I had never done any news gathering before,” said Heaphy. “On that day, I just wanted answers. I wanted to capture the chaos. I didn’t know what I was going to do with the footage at that moment. I was just a fellow New Yorker and this was bigger than any one person or anything I had experienced in my lifetime.”

On the day Heaphy’s camera ran, Lauren Cherkas was wearing a tee-shirt with an Artistic Tile logo. That “clue” led to finding Cherkas, who runs the family business today. “She was like a lot of other New Yorkers,” said Heaphy. “She understood what happened. She knew the world was never going to be the same but she had to keep going.”

Many films and media projects have focused on the direct victims of 9/11 – the widows and widowers, the first responders, those who were lucky enough to flee the burning buildings. What sets “9/11+20″ aside is that the documentary is an historical record of what bystanders saw, absorbed, believed, or could not believe on that tragic day. The film will be a raw, visceral, first-hand reaction to an unfolding event in real time, as well as a reflection on how the passing of time incorporates and interprets a collective cultural trauma.

The filmmaker is confident many of the subjects will be found through social media and word of mouth but he says the team would consider hiring professional investigators if needed. “We’re only using public information,” he said. “If someone doesn’t want to be found, we will respect that.”

Heaphy has secured distribution for the documentary through Big Media, which will be presenting “9/11+20” in October in Cannes, France at MIPCOM, the global media and entertainment industry’s annual gathering for the launch of new video projects.

LCM247 can provide LiveU Remote feed from their Blue Hill Plaza Studio for an interview.