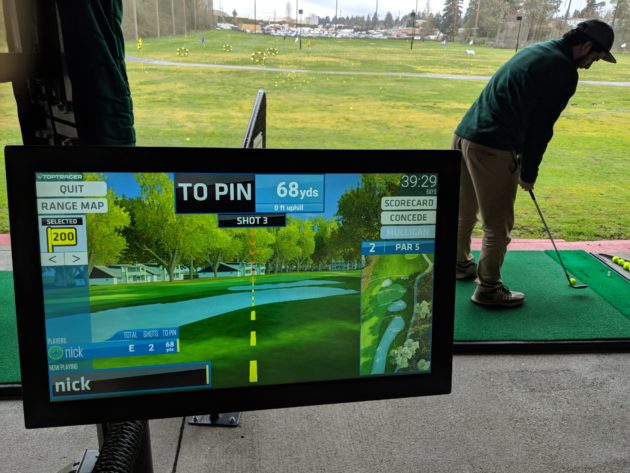 NOVOGOLF golf club in Tappan is the first golf range in Rockland – and one of just a handful regionally – to offer a ball-tracking technology utilized by the PGA tour and other professional broadcasting outlets.

Toptracer provides golfers with interactive shot data including ball flight, ball speed and more. The technology is enabled via a camera-based ball tracking system, which follows the flight of golf balls, displays a virtual simulation of their path on a monitor, and provides detailed statistical feedback on stats such as ball carry distance and apex.

Guests at NOVOGOLF will be able to replicate the TOUR experience by getting real-time views and live data of their shots. The technology is also available at a handful of golf ranges in New Jersey, Southampton, White Plains, and Williamsville, according to a Toptracer spokesman.

Tailored to driving ranges, Toptracer Range enables golfers to experience the game with the same insights to improve their game as pros.

In January, the NBC Sports Group and Topgolf Entertainment signed a multiyear agreement that includes the expansion of Toptracer as the network’s ball-tracking technology for PGA Tour telecasts on NBC and The Golf Channel.

Toptracer can also track fairway shots with two mini-cameras that can be used anywhere on the course.

“Viewers want more information because they say it helps improve the telecast,” said NBC golf producer Tommy Roy. “To be able to have Toptracer on all 18 holes is going to be able to tell the story from tournaments better.”

Toptracer was started as Protracer in Sweden in 2006 by Daniel Forsgren, who was annoyed he couldn’t see the flight of tee shots while watching golf on television. It was bought by Top Golf in 2016 and renamed Toptracer.

CBS used it on 10 holes during all but one event last year. The PGA Championship on CBS was the first time a network got to use it on all 18.

“The technology has evolved over the years but what we are doing is really trying to use it to help more people enjoy the game,” Toptracer President Ben Sharpe said. “It allows us to show the casual player what goes on and the different types of shots that are used.”