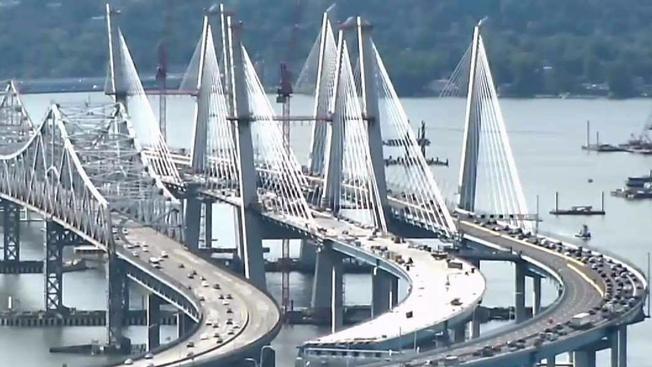 If you’d like to learn more about new toll rates for the Mario M. Cuomo Bridge, you can attend an information session Thursday from 4:30 to 7:30 at The Time Hotel in Nyack.

The New York State Thruway Authority has formed a Toll Advisory Panel to review toll rates, potential resident and commuter discount programs, and commercial vehicle rates on the bridge. Notably, the four-member panel does not include a Rockland County representative, although one panelist resides in the county.

The panel’s job is to gather feedback from the public related to any potential toll adjustments at the Gov. Mario M. Cuomo Bridge. Thruway tolls are frozen through 2020 due to a $2 billion infusion to the Thruway Stabilization Fund included in the state budget.

“The time has come to begin the public process to review potential toll rate adjustments for the future viability of the bridge and our entire system,” Thruway Authority Executive Director Matthew J. Driscoll said. “We will continue to keep tolls as low as possible on the bridge for all motorists while providing the resources necessary to support the user-fee supported system.”

Since the last Thruway toll adjustment in 2010, the Authority has implemented a number of cost-cutting measures while continuing to invest in its infrastructure,” said a Thruway spokesman. For the period 2010 through 2017, the annual growth of the Thruway Authority operating expenses has averaged only one percent annually while capital spending on maintenance, repairs and improvements to the Thruway system totaled $6 billion.

The listening sessions will take place in Westchester and Rockland counties. The members of the panel are:

Individuals attending the public sessions will be required to sign up to have an opportunity to offer remarks.  Speakers will be called up in the order that they signed up and written comments will be accepted at the meetings as well. Speakers will have two minutes each to offer their remarks related to tolls and any potential adjustments and discount options. Remarks should be directed to panel members, not the audience and specifically relate to this topic.

The panelists will not be taking questions at these meetings. They will listen to comments and use them in their review.