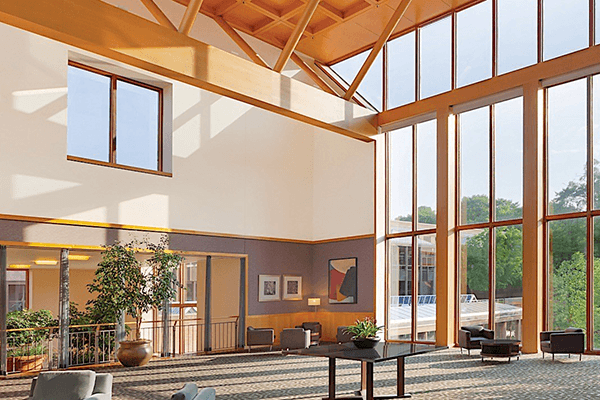 The firm behind the recent purchase of the Hudson Valley Resort in Kerhonkson is said to be eyeing the HNA Center on Route 9W in Palisades. Vasco Ventures paid HNA Group, a Chinese firm that also owns the HNA Center, $4.4 million for the downtrodden upstate hotel.

Prior to Vasco, Vashovsky had served as a Rabbi and teacher at Sinai Academy in Brooklyn.

The sale of both the HNA Center and the Hudson Valley Resort comes amid a Chinese real estate selling spree that continues to break records. After being net sellers of U.S. real estate in the second quarter of 2018, which was the first time since 2008, Chinese investors, have now gone three straight quarters selling more than they have bought, for the first time ever.

As the Chinese government continues to tighten capital controls amid an economic slowdown and growing uncertainty over trade, Chinese companies like the HNA Group have been selling off many of the trophy assets they acquired over the past few years, and analysts expect the trend to continue in 2019.

The HNA center, located on a secluded tract of 106 bucolic acres on Route 9W, is a Hudson Valley gem with nothing to rival it. The beautiful facility is a labyrinth of conference spaces equipped with high-speed internet and state-of-the-art technology. Frank Lloyd Wright would give it a thumbs up.

Sources close to the deal say the center is being sold for between $38 million and $50 million. The new buyers intend to continue the center’s use for conferences, said the source.

Vasco Ventures did not return a call seeking comment.

HNA Center In Palisades Is For Sale