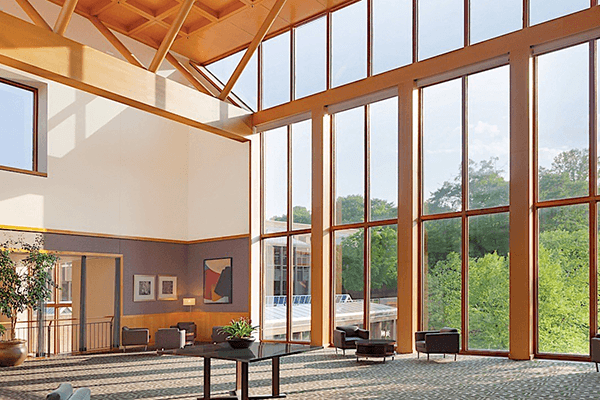 The HNA Palisades Premier Conference Center in Palisades is under contract to be sold to a private group in Brooklyn, said a source close to the deal. The Center, owned by the HNA Group, is being sold for somewhere between $45 million and $50 million.

The sale comes amid a Chinese real estate selling spree that continues to break records. After being net sellers of U.S. real estate in the second quarter of 2018, which was the first time since 2008, Chinese investors, have now gone three straight quarters selling more than they have bought, for the first time ever. 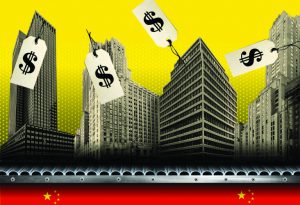 As the Chinese government continues to tighten capital controls amid an economic slowdown and growing uncertainty over trade, Chinese companies like the HNA Group have been selling off many of the trophy assets they acquired over the past few years, and analysts expect the trend to continue in 2019.

The HNA center, located on a secluded tract of 106 bucolic acres on Route 9W, is a Hudson Valley gem with nothing to rival it. The beautiful facility is a labyrinth of conference spaces equipped with high-speed internet and state-of-the-art technology. Frank Lloyd Wright would give it a thumbs up.

The new buyers intend to continue the center’s use for conferences, said the source.

“I would hope any potential buyer will continue the type of use that’s occurring on the property.”

Orangetown Supervisor Chris Day said he was not aware of the sale, but added, “I would hope any potential buyer will continue the type of use that’s occurring on the property.”

In 2017, HNA won approval from Orangetown’s Planning Board to build an additional five-story hotel with 100 rooms on the property. But there was a snag: HNA didn’t have the right to rent those rooms to the general public because the center is located in a zone (Laboratory Office, or LO) that does not permit hotels.

So how did they operate a hotel in their existing facility after purchasing the property from IBM two years ago for nearly $60 million? In the early 2000s the town granted IBM a special permit to use the 206-hotel rooms for guests attending the conference center. Both Dolce and Crescent Hotels and Resorts, the companies that managed hotel operations for IBM and HNA, both stretched the rules and rented rooms to guests who were not attending events.

Rather than seeking a use variance for its hotel addition and its current hotel facility — an onerous process for any applicant — HNA worked closely with Orangetown to come up with a solution: the 106-acre tract would be rezoned “Office Park (OP)” – a zone that allows hotels — but HNA would agree to a restrictive covenant that capped building heights at 50 feet and any free-standing outside retail vendor would be prohibited. The new zoning and the restrictive covenant runs with the land in perpetuity.

Last year, Orangetown voted 3 to 1 to approve the zoning change at a public hearing.

The holdout council member, Tom Diviny, was troubled over the prospect that HNA could continue to expand up to 900-plus rooms without additional zoning approval. Based on the current FAR, or total allowable square footage, HNA could build up to 1.85 million square feet of commercial space on the property. The zone allows for 40% coverage. With HNA’s current footprint of 450,000 square feet that leave 1.4 million square feet of buildable square footage, subject to other bulk regulations including setbacks, height restrictions, parking requirements, etc.

Lino J. Sciarretta, the attorney representing HNA at the public hearing, told the council the hotel does not intend to scale up to anything of that magnitude; that there was no market in Palisades to support a facility that large. However, there is no way to know what a future landowner will do.

Hearing about the sale, Diviny said, “This is why I was worried about the project.”