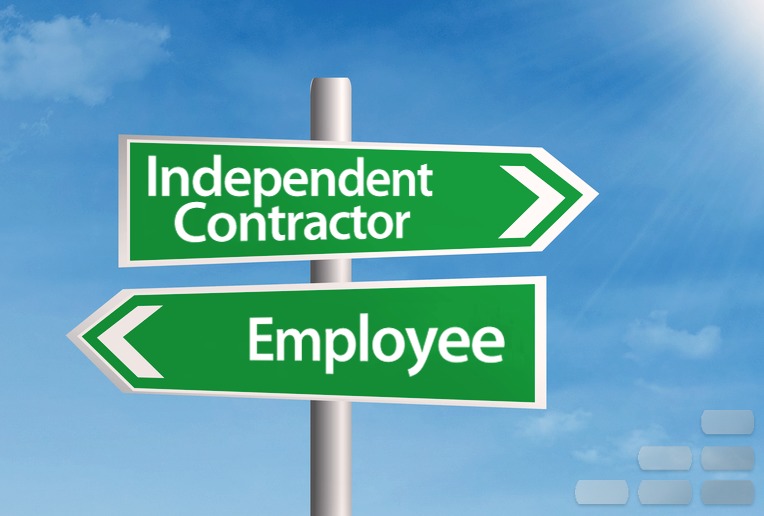 The gig economy has brought to a head a debate over how to define people who work for companies like Uber and Lyft: Are they employees or are they independent contractors? A plethora of lawsuits is helping to define this new employment landscape, while recently the Trump Administration has weighed in on the issue, showing it intends its policies to be more employer-friendly than that of the Obama Administration.

Back in April, the National Labor Relations Board (NLRB) weighed in on the issue through an Advice Memorandum (the “Memo”) penned by its Associate General Counsel (“GC”). The Memo specifically addresses a number of cases alleging unfair labor practices under the National Labor Relations Act (the “Act”) brought against Uber, all of which hinge on a finding of an employer-employee relationship.  In the Memo, the GC applies the common law agency test clarified in the NLRB’s January 2019 decision in SuperShuttle DFW, Inc. and concludes Uber’s drivers are independent contractors.

In SuperShuttle DFW, Inc. the NLRB analyzed a group of airport shuttle franchisees under the common law agency test, which involves the following ten factors:

The Board found the franchisees were independent contractors for a number of reasons.  First, the franchisees leased or owned their own work vans. Second, they signed a “Unit Franchise Agreement” with, and paid a monthly fee to, the franchisor.  Third, they had a lack of supervision and “nearly unfettered control” over their daily work schedules.  Lastly, the organization of the business provided the workers with “entrepreneurial opportunity for economic gain” and exposure to loss.

In conducting his analysis of the drivers for Uber, the GC purported to consider of all the common-law factors through the “prism of entrepreneurial opportunity,” in establishing the drivers were independent contractors.  The GC’s opinion mainly focused on the drivers’ near complete control of their cars and work schedules, paired with their freedom to choose their log-in locations and to work for competitors of Uber.  The drivers provide their own vehicles and gas, and are solely responsible for cleaning and maintaining the vehicles they use.  The drivers are not required to take any fare and may reject trips in their own discretion. Lastly, the drivers sign a contract with Uber acknowledging their joint understanding they would be considered independent contractors and the company provides no benefits to drivers that would be indicative of an employer-employee relationship. All of these factors, the GC claims, support his finding that Uber drivers are independent contractors.

Since independent contractors are exempt from the National Labor Relations Act, the GC opined the cases against Uber claiming unfair labor practices should be dismissed. While this is a huge win for Uber, it is also a huge win for similarly structured companies doing business in the virtual marketplace.  This is just one of a growing list of recent opinions suggesting these types of workers are not employees.

Also back in April, the U.S. Department of Labor (DOL) issued opinion letter FLSA2019-6. In the letter, the DOL provided an opinion on whether a group of employees working for a virtual marketplace company (“VMC”) should be properly classified as independent contractors.  This is an important distinction since the Fair Labor Standards Act (FLSA) – the federal law that establishes minimum wage, overtime pay, recordkeeping, and youth employment standards affecting employees – does not cover independent contractors, leaving employers who hire them much more flexible in creating a pay structure.  While the company seeking the opinion remains anonymous, the letter describes the VMC as an “online and/or smartphone-based referral service that connects service providers to end-market consumers to provide a wide variety of services, such as transportation, delivery, shopping, moving, cleaning, plumbing, painting, and household services.”  Sounds like it could be Uber, Lyft, Grubhub, Amazon or Ebay, doesn’t it?  Even if the company requesting the opinion isn’t one of these gig economy giants, the implications of the letter are still massive.

In the letter, the DOL opines the workers providing services through the VMC are independent contractors – not employees. In making its determination, the DOL looked at six factors derived from precedent set in 1947 by the U.S. Supreme Court in Rutherfood Food Corp. v. McComb:

Among the reasons the DOL found independent contractor status were the workers:

Thus, quite integral to the DOL’s opinion was a finding of what the DOL referred to as “economic independence” from the VMC.

What is the Take-Home? Employers Beware!

First, even if there is favorable federal law, you still need to know the state and local laws.  While the DOL’s letter opines on how VMC service workers should be treated for purposes of the FLSA, states are free to enforce their own stricter worker classification tests for purposes of their own wage and hour laws. In fact, many states are responding to initiatives of the Trump Administration by enacting state law tests that are more employee-friendly than ever before. This means despite what the current Administration says, gig economy workers may still be classified as “employees” under state law without regard to the FLSA or NLRA.

Second, to prevail on these cases, control is the key.   The more control the worker exerts over things such as hours of work, method and manner of completing the job, the tools used, setting of prices, and/or realization of profit and loss, the more likely a finding of independent contractor status will follow.  On the flip side, factors indicative of an employer-employee relationship are things such as requiring mandatory training, providing tools and resources to the worker needed to do the job, scheduling when the work will be done, and guaranteeing payment so the worker has little financial risk of non-payment. One last thing to remember – having a contract with the worker that confirms independent contractor capacity is not enough to avoid a finding of employee status.

Employers should always tread carefully and consider consulting counsel when classifying workers.  Improper classification can mean employers are violating a number of federal and state laws such as (1) not paying minimum wage or overtime compensation; (2) not providing required leaves such as family and medical leave and sick leave; (3) not withholding federal and state taxes; and (4) failing to provide worker’s compensation and unemployment insurance.  This is not an insignificant issue – it’s an Uber important one!