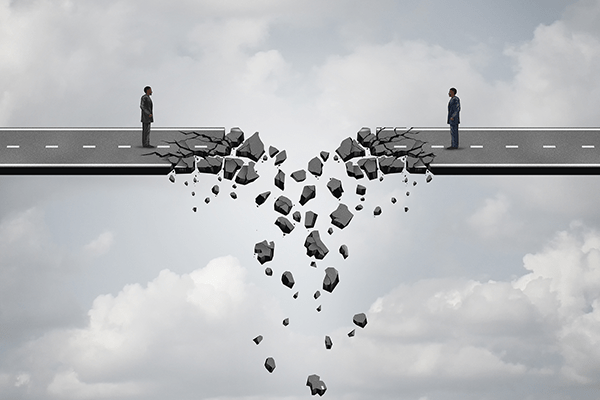 The Hudson Valley Economic Development Corp. and the Westchester County Association which announced a merger last January have called it quits.

The HVEDC is a regional economic development organization based in Poughkeepsie serving seven counties in the Hudson Valley. The White Plains-based WCA  is a Westchester County business advocacy organization.

“This is a difficult decision made after significant exploration of the governance structures of the organizations and the needs of the region,” Levine wrote. “At this point, we believe that we can better serve the region as an independent organization.”

“It is important to note that the HVEDC Board of Directors made its decision to rescind its intent to merge with WCA because it did not want to compromise the mission of our organization,” Levine continued. “HVEDC serves as one voice for all seven counties in the Hudson Valley and will continue representing all of our members.”

The two organizations created a strategic partnerships last October to enhance certain industry sectors such as healthcare and real estate, expand on each other’s workforce development initiatives and close the digital divide through programs that promote gigabit-speed broadband connectivity.

William M. Mooney, Jr., president and CEO of the WCA, was to retire in September and stay on in a consultancy role with the new organization. Mooney was to be replaced as the head of the organization by HVEDC President and Chief Executive Officer Mike Oates.

WCA Chairman said that the WCA is a new CEO.

“Although the WCA and HVEDC share a common vision and mission to attract new business and innovation in our region, the nuts and bolts of integrating the two organizations became increasingly difficult with the differences in business philosophies,” Harrington said in a prepared statement. “We continue to have great respect for HVEDC’s leadership and remain committed to working together on issues of mutual importance.”

Since became president and CEO of HVEDC, the organization has added more than 30 investors from across the region. Oates previously served as HVEDC’s President and CEO from 2009 to 2013.