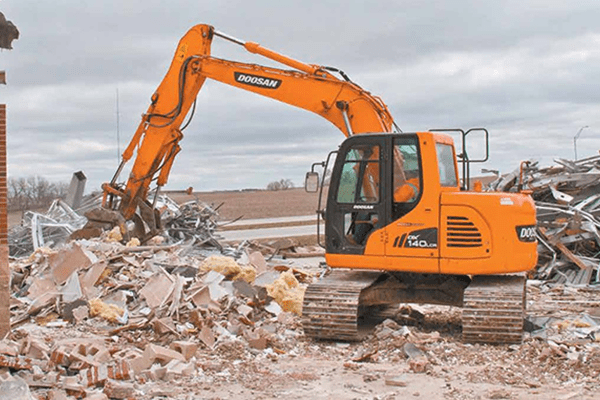 The cost is demolish the building is $19,000, said Nyack’s Mayor Don Hammond. Village trustees had been worried the estimates for demolition would come in much higher.

Though it has been a staple of the village’s waterfront, the village-owned building was too far gone too be saved. Once it’s razed, the village will prepare a new RFP looking for another restaurant operator to enter into a license agreement for the waterfront property. The Village was disappointed last year after Bartaco pulled up stakes after spending hundreds of thousands of dollars and nearly three years to vet the unsound 1970s village-owned building.

“We are looking for someone to run a restaurant and the marina operations, which is now being handled by a volunteer,” Hammond said. “Right now we don’t have a waterfront restaurant. This is one of our best assets.”

In March 2016, Bartaco signed a lease at 11 Burd Street. Michael Hekker had run the River Club for 30 years before shuttering the local mainstay in 2015.

As the Village moves forward to find a licensee, there will be fewer mysteries to stumble upon. However a new operator will have to determine the stability of the pilings.

Attracting a restaurateur and a marina operator are key elements to rounding out the ongoing waterfront revival, which includes a walkway over the inlet that will connect the marina to Memorial Park, as well as a riverfront walkway connecting the Claremont to the marina. The Tidewater project is expected to move forward soon.

What was discovered is that the building was never built to code in the first place. It was a stick-frame wooden structure with inadequate load bearing for a commercial restaurant. Trusses had been cut away for air ducts, further compromising the building’s integrity. Stripping away flooring revealed a sub-floor that did not fit correctly on piles that were supporting the building. The coup de gras was the revelation that roof needed to be removed to test piles, and that was too much cost to bear for Bartaco and for the Village.

Is Nyack’s Former River Club Going To Be Torn Down?