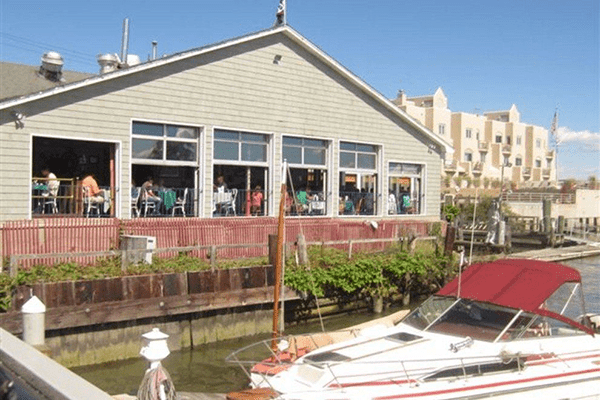 Does Nyack’s former River Club have a date with the wrecking ball?

That will likely be determined at the Village Board’s next meeting on May 23rd when the trustees have cost estimates for demolishing the distressed building.

Hammond said ideally it makes sense to tear down the former iconic River Club before the village prepares a new RFP looking for another restaurant operator to enter into a license agreement for the waterfront property. The Village was disappointed last year after Bartaco pulled up stakes after spending hundreds of thousands of dollars and nearly three years to vet the unsound 1970s village-owned building.

“We are looking for someone to run a restaurant and the marina operations, which is now being handled by a volunteer,” Hammond said. “Right now we don’t have a waterfront restaurant. This is one of our best assets.”

If the village does not vote to demolish the building, the winning bidder will more than likely tear it down.

“I don’t think there’s much value to the building right now,” said former Bartaco architect Jan Degenshein. “There’s not much left to the building. There’s a shell, and it’s not in good shape.”

Degenshein says it could indeed cost upwards of $30,000 to tear down the building because the demolition would require heavy equipment, hauling, and finding a resting place for the pieces. But he added, “It would probably cost more to remediate than to demolish.”

In March 2016, Bartaco signed a lease at 11 Burd Street. Michael Hekker had run the River Club for 30 years before shuttering the local mainstay in 2015.

Bartaco understood it was leasing an outdated 5,000-square-foot building with a 5,000 but it had no idea what was “under the hood.” Neither did the village. Records on file about the building’s construction were vague. As it became increasingly clear that the building was in worse shape than anyone had previously known, the village began offering the restaurant operator dramatically reduced rent to compensate for ongoing due diligence costs, according to a source close to the negotiations. A 2018 budget line item on the village budget’s included $75,000 in annual rent from Bartaco.

What was discovered is that the building was never built to code in the first place. It was a stick-frame wooden structure with inadequate load bearing for a commercial restaurant. Trusses had been cut away for air ducts, further compromising the building’s integrity. Stripping away flooring revealed a sub-floor that did not fit correctly on piles that were supporting the building. The coup de gras was the revelation that roof needed to be removed to test piles, and that was too much cost to bear for Bartaco and for the Village.

As the Village moves forward to find a licensee, there will be fewer mysteries to stumble up. However, even if the River Club is demolished, a new operator will have to determine the stability of the pilings.

“They can’t end up in same place because so much of the building is exposed now, and so bidders can make a decision with fewer surprises,” said Degenshein.

Attracting a restaurateur and a marina operator are key elements to rounding out the ongoing waterfront revival, which includes a walkway over the inlet that will connect the marina to Memorial Park, as well as a riverfront walkway connecting the Claremont to the marina. The Tidewater project is expected to move forward soon.