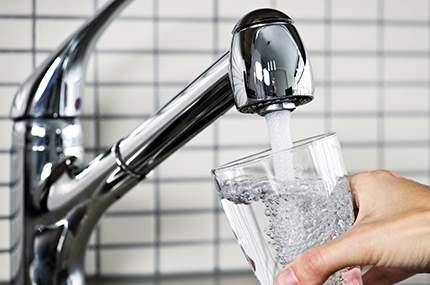 There will be two info sessions and hearings in Rockland, in the afternoon and evening of June 12.

On March 4, Suez filed a proposal to increase the companies’ annual base revenue by approximately $31.5 million. The proposed rates would result in varying bill impacts to customers in the different service territories.

The proposed rates would increase the average residential monthly water bill by about:

Included in the companies’ proposal is a plan to invest $440 million over the next five years for infrastructure projects, including the Deforest Reservoir Upgrade, the Westchester Disinfection Project, and the planned increase in main replacement projects.

In addition, the companies are seeking to consolidate their rules and regulations under one tariff and merge certain rate design elements with the goal of eventually adopting uniform rates across all three companies.

Opportunities for public information and comment will be held, as follows:

At the public statement hearings, individuals will have an opportunity to make statements on the record about the companies’ proposals. Appointments to speak are not necessary; rather, attendees must complete a card requesting time to speak and people will be called in the order in which the cards are received. You need not provide written copies of comments because the public statement hearing will be transcribed and will be included in the record of these cases. Each public statement hearing will be held open for at least one-half hour and, where practicable, will be kept open until everyone wishing to speak has been heard or other reasonable arrangements have been made.

Persons with disabilities requiring reasonable accommodations should contact the Department of Public Service’s Human Resource Management Office at (518) 474-2520 as soon as possible. TDD users may request a sign language interpreter by placing a call through the New York Relay Service at 711. Individuals with difficulty understanding or reading English are encouraged to call the Commission at 1-800-342-3377 for free language assistance services regarding this notice.

For those who cannot attend or prefer not to speak at a public statement hearing, there are several other ways to comment about this case to the Commission. Comments should refer to “Case 19-W-0168 – SUEZ Water Rates and Merger Petition.”

Internet or Email: Go to www.dps.ny.gov, click on “Search,” search using case number “19-W-0168” and then click the “Post Comments” button at the top of the page; or email comments to the Secretary for the Commission at secretary@dps.ny.gov.

Toll-Free Opinion Line: You may call the Commission’s Opinion Line at 1-800-335-2120. This number is set up to take comments about pending cases from in-state callers, 24 hours a day.