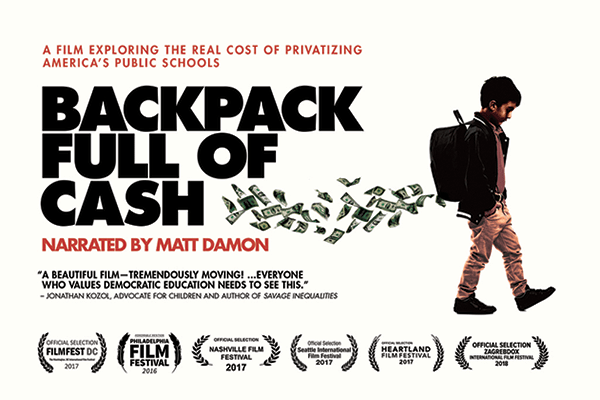 Megamall, the documentary by Rockland filmmakers Sarah Mondale and Vera Aronow, is proving to be timeless as the Town of Clarkstown is grappling with the Palisades Center over its desire to build out and lease an existing but unused 250,000-square-foot section of the mall’s fourth floor.

EklecCo NewCo, the Delaware-based LLC that owns Palisades Center, is fighting Clarkstown over a town-imposed restriction that needs town and voter approval to expand the 1.85-million-square-foot mall.

“Our film traces how that happened and why the mall has not been able to build in that space,” said Mondale. “It was a hard-fought issue by the town. There should be a referendum. People should have a right to vote.”

On July 10th, Rivertown Film will host a screening of Megamall, which took the film collaborators, including director Roger Grange, more than a decade to complete. With Megamall, released in 2009, the duo filmed an issue that was happening in “their backyard” but is universally relevant for any community facing the challenges malls pose to local commerce, road maintenance, and quality of life. 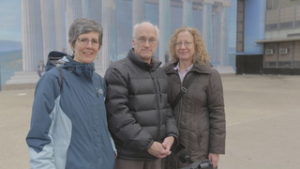 Today, the filmmakers are completing Haverstraw, a documentary that explores the juxtaposition of the wealthy Harbors-at-Haverstraw rental-housing enclave developer Martin Ginsburg built on the Hudson River in Haverstraw and its impact on the local community.

Travelling beyond Rockland to tell another important story, Stone Lantern Films, and Turnstone Productions, Mondale’s and Aronow’s film companies respectively, have made the 90-minute documentary Backpack Full of Cash, which calls attention to a threat to public education.

First screened in 2017, and narrated by actor Matt Damon, the film reveals how corporate school reform policies that promote the movement to privatize public education are chipping away at the country’s most important and fundamental civic institution.

“I saw the film Waiting For Superman, a propaganda piece for charter schools, and it made me angry,” said Mondale, who co-produced in 2001 the PBS award-winning, Meryl Streep-narrated, four-part series SCHOOL, which looked at why public education is essential to democracy.

The film proffers that the expansion of charter schools is draining funds from the public schools and benefiting some children while leaving others behind with fewer resources.

“We need a public school system that gives every child an equal chance to a great education,” said Aronow.

Charter schools are publicly funded but privately operated, often by for-profit companies, and school “vouchers,” and use public money to pay tuition for private schools. The American public-school system is one of the pillars of our democracy, which depends on an educated populace. It is funded by taxpayers—state, local and, for the past 15 years, federal governments. The money is allocated according to the number of children in each district that it is mandated to educate. Each child enrolled in a public school is worth an assigned amount of cash (thus the title of the film).

If parents opt to send a child to a private school, they still pay taxes for public education, which includes accommodations for children with English as a second language, children with learning challenges, and children with physical disabilities. But funding for charters and vouchers redirects taxpayers’ money.

Public education is supposed to level the playing field between rich and poor, putting the American dream within everyone’s grasp.

Are school reformers changing the equation?

Backpack endeavors to explain the school reform movement through the prism of the 2013-2014 school year at South Philadelphia High. The filmmakers show us how corporate reform negatively affects schools, teachers and children in the public school. In 2013-2014, South Philadelphia High had no music teacher, no librarian, and just two counselors for over 1,000 students. Across town, the C.O.O. of a brand new charter school welcomed students to gleaming, high tech classrooms.

“What we’re hoping is that people will become educated, host screenings, support schools, and understand why public education is important and that school reform is hurting the neediest kids,” said Mondale.