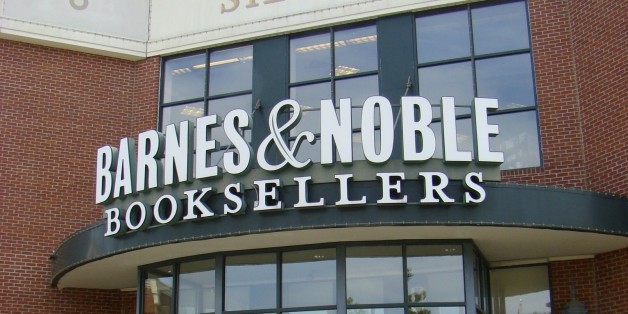 The owner of U.K. bookseller Waterstones has agreed to buy Barnes & Noble for roughly $683 million, the companies said Friday.

Once the deal is finalized, Waterstones CEO James Daunt will take over the CEO role of Barnes & Noble, according to a press release. Both book retailers will be owned by a subsidiary of $34 billion hedge fund Elliott Management, though the retailers will operate independently. Elliott took over Waterstones about a year ago.

The parties expect the deal — subject to shareholder and regulatory approval — to close in the third quarter. Elliott has $825 million in debt financing lined up from banks to fund the acquisition, according to a regulatory filing.

Elliott is paying $6.50 per share for New York-based Barnes & Noble (NYSE: BKS), a 43 percent premium over the company’s stock price two days ago.

Barnes & Noble shares have risen to $6.63 per share in the two days since rumors of the sale surfaced.

The deal with Elliott could mark the closing of a turbulent chapter in Barnes & Noble’s story, one that included a failed merger, a legal battle with a former executive and agitation by activist investors. And prior to that there were years of management turnover, strategic misfires and lost sales as the last box book seller tried to hold off Amazon.

Elliott is an activist investor that is pursuing private-equity investments. It purchased U.K.-based book chain Waterstones in 2018 for $279 million. James Daunt, Waterstones CEO, will become CEO of Barnes & Noble.

“Physical bookstores the world over face fearsome challenges from online and digital. We meet these with investment and with all the more confidence for being able to draw on the unrivalled bookselling skills of these two great companies. As a place in which to choose a book, and for the sheer pleasure of visiting, we know that a good bookstore has no equal,” Daunt said in a statement announcing the deal.

Barnes & Noble may be looking to rebound as competition from Amazon, in addition to other e-commerce companies, has devastated its reign over the bookselling business. The company’s stock fell 30 percent under former CEO Demos Parneros’s watch, which began in April of 2017. Parneros was fired in July 2018.

Very likely Barnes & Noble, with its nearly 630 stores and Amazon always in the background, will need to shrink some more and keep tinkering with its merchandising, stores and engagement.

There are two Barnes & Noble stores in Rockland County.