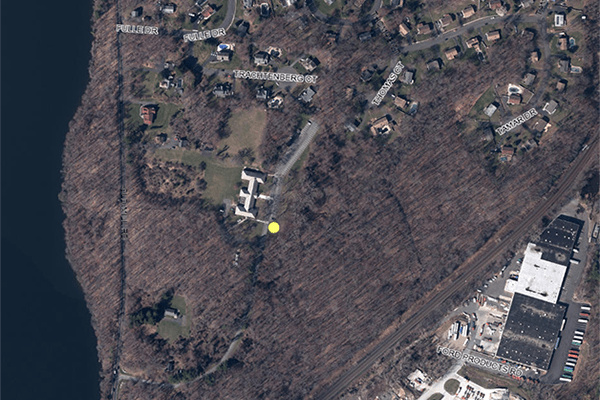 Board Agrees To A Traffic Study

After four and a half hours of testimony Wednesday night focused on a slew of environmental issues concerning Suez’s application to lease Tilcon’s former headquarters, add a parking lot, and build a storage facility at 162 Old Mill Road in West Nyack, the Clarkstown Planning Board discounted every issue raised except traffic impact.

Residents from Clarkstown and the county at large, environmental attorneys, activists, and neighbors to the Tilcon site where Suez wants to relocate its headquarters and a fleet of trucks and vehicles, implored the planning board to require an independent environmental review of the project. Topping the list of concerns was the potential for storm water runoff to contaminate Lake DeForest, the county’s drinking source. Other issues raised included the impact of deforestation, harm to wildlife habitat including the endangered bald eagle and bog turtle, a change of character to Old Mill Road, a historically-designated byway, and the consequences of gasoline leaking from trucks and other particulates running downward toward the lake.

Suez plans to lease the existing Tilcon building for offices for construction staff, management and customer service employees. Suez wants to add a 60,000-square-foot storage yard with a 10,400 square-foot building that will be used to park its fleet of vehicles and store materials needed to maintain its water system including pipes, hydrants, valves, etc. Suez said the new site will better comply with ADA (American Disability Act) requirements.

The proposed plan on 26 acres would involve creating 48 new parking spaces for a total of 141 in the parking lots to the east and south of the existing building. Nearly 7 acres, or 305,000 square-feet of land-disturbance, primarily paving and the building of the new structure mandates the installation of an extensive storm-water management system. The site lies within a few hundred feet of Lake DeForest.

Board Not Familiar With All Documents Filed By Applicant

The long hearing, the second of its kind within two weeks, revealed surprises: a pending bridge project on Snake Hill Road that would exacerbate traffic on Old Mill Road for more than a year and the revelation that documents prepared by the town’s environmental board concerning impacts had not yet been read by the planning board members, nor had they been put on the town’s website along with the initial documents outlining Suez’s proposal.

The revelation concerning the documents arose when Clarkstown’s director of engineering and facilities management Dennis Letson was questioned by the board on whether more environmental review was needed. He told the board he’d filed “Part Two,” and later in the hearing referred to a “Part Three” of the EAF (environmental assessment form).

It was clear that board members were not familiar with the filings, which are key documents dictating whether the board needs to call for an independent environmental review.

While Suez characterized the application as “unlisted” under SEQRA (State Environmental Quality Review Act), those who oppose the plan, including Rockland County Legislator Harriet Cornell and State Senator David Carlucci, are calling for a “Type 1 action,” which presumes that the project will have adverse environmental impacts and mandates study. Even though Letson said the application was a “Type 1 action,” he believe no additional study was needed to greenlight the project.

Suez’s attorney Lino Sciarretta said the proposal does not require such review because the project does not need variances and Suez has an “as of right” to move forward.

“I’ve said it before and I’ll say it again,” said Sciarretta. “This is an as of right” application, and the use is “permitted.”

The 26-acre site Suez plans to lease is zoned LO or “laboratory office”.

Business advocates, union representatives, and a Suez spokesperson commented on behalf of the plan’s merit, citing Suez as a good corporate steward, a company that generates jobs, and an entity that listens to neighbors’ concerns. Since the last planning board hearing where a great deal of concern focused on a plan to site two fuel tanks on the site, Suez yanked the tanks from the plan. Residents wanted permanent assurances Suez would not come back to the board at a later date to add the tanks back to the site. Suez told the board it would agree to put a “map note” on the site application to agree to the tank removal, but board members acknowledged that the company could come back to amend their plan at any time.

Board Chairman Gil Heim asked Chris Graziano, Suez’s general manager, NY Division, if he would sign an agreement that Suez won’t come back to ask to amend the plan to add tanks. After Graziano skirted the question, Heim pressed him again, asking him “yes or no.” Graziano conceded “Yes.”

Nicole Doliner, a resident and Democratic candidate for Clarkstown Supervisor, said she was extremely disturbed by the application. “West Nyack is geographically like the bottom of a bowl,” she said. “We know how devastating the flooding can be.”

After the public hearing, board members said they had more questions and wanted more time but only Peter Streitman said the board should do a full EIS in addition to the traffic study. “Water is a scarce resource,” he said. “We can’t ignore that. We should make every possible effort.”

Nevertheless, Streitman did not press for additional environmental study after the board voted six to one, with Edward Bertolino dissenting, to order a traffic study only.

“At the end of the day, whether they like it or not we are not obligated to do an EIS,” said Sciarretta.

The board set the next hearing for June 19th

“There doesn’t seem to have been an analysis of multiple environmental issues raised by community members,” said environmental attorney John Parker, adding he expects Suez “will do a traffic study, the board will give the project a negative declaration, and approve it.”