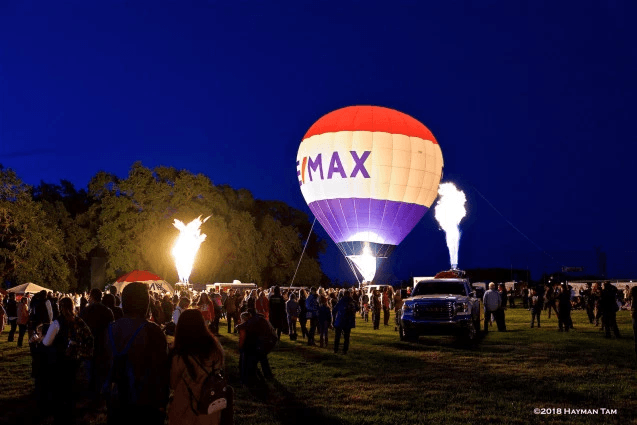 Pens, totes, free tastings, all kinds of swag – you know, the usual stuff companies peddle when they open their doors. But Rockland’s first RE/MAX, now on Main Street in Nyack, is taking promotional bling to new heights – literally.

In mid-July (date to be announced) RE/MAX RoNIN is sponsoring a late-afternoon hot air balloon event in Nyack’s Memorial Park to both fund-raise for a charity chosen by the Village mayor (Meals on Wheels?), and to let the community know the real estate entity has landed in Rockland. Playing off its widely-recognized red, white and blue hot air balloon logo, the company will offer 10-minute rides (50 to 70 feet up above the Hudson River), accompanied by a chamber performance by the Rockland Conservatory of Music. Donations will be accepted.

RE/MAX, a worldwide franchise of 6,800 offices with more than 123,000 agents, sells and leases residential and commercial real estate. Sidney Goto, formerly a broker with William Raveis in Piermont, bought the first Rockland franchise this spring and opened on May 17th at 122 Main Street. The company had an cocktail party, a ribbon cutting, and tabled at the Nyack Street Fair, giving out raffles from local sponsors hourly.

But Goto, and his wife/business partner Muriel, say it’s crucial to get beyond the tried-and-true promotional gimmicks. In addition to citing the importance of social media engagement, the two have created a “fun and funky” office environment in the 1,800-square-foot space with custom-designed furniture, a millennium vibe and a café. 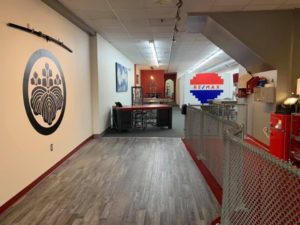 “We’re the new kids on the block,” said Goto. “We want people to feel welcome because the community has been welcoming to us.”

Like so many in the business, real estate was not Goto’s first rodeo. The Alaskan native, who is half Japanese/half American, spent a decade in the video production business. Following that he sold and leased real estate.

The first generation in his family to be raised in America, Goto has honored his heritage by naming his franchise RE/MAX Ronin – the latter word meaning “Masterless Samurai.”

“Ronin means ‘to be your own master’,” Goto explains, adding that the word resonates with his family’s crest.

Goto, who is raising a young son, wants more control over their destiny. They believe owning a franchise is that perfect blend of autonomy and corporate support. RE/MAX Ronin has hired one agent, Michael Chang.

So how does one rent a hot air balloon?

It so happens RE/MAX has a fleet of hot air balloons the company launches to promote its brand during festivals. RE/MAX’s regional balloon, which fits four to six passengers, is parked near Albany. But no local RE/MAX franchise has ever done its own balloon event.

Goto said he received permission from RE/MAX corporate and from the village trustees. He is hoping to create an annual event that raises money for charity and gets the community together.

“And of course the image of the balloon and the branding instills what we do,” he said.