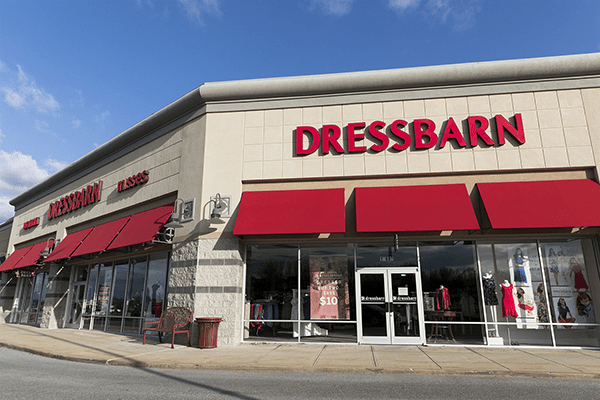 Rockland is about to lose another chain retailer.

Dressbarn is closing all 650 stores, including its Nanuet location, and another nine in the Hudson Valley. The company employs about 6,800 people, and has not disclosed when stores will begin shutting down.

The closure of Dressbarn marks another hit for Nanuet’s retail corridor, which is heavily dependent on chains and big boxes.

CFO Steven Taylor called the decision “difficult but necessary” as the stores were “not been operating at an acceptable level of profitability in today’s retail environment.” Taylor added: “For more than 50 years, Dressbarn has served women’s fashion needs, and we thank all of our dedicated associates for their commitment to Dressbarn and our valued customers. During the wind-down process, we will continue to provide our customers with the same great experience both in-store and online, offering them even better deals and value. We will work to assist our associates through the transition and maintain existing relationships with our vendors, suppliers, and other key stakeholders through this process.”

Ascena, which owns Lane Bryant, Ann Taylor, Loft and Dressbarn and other retailers, plans to close up to 667 stores through 2019. About 160 stores have already closed.

At least 268 of those stores will be closed by July 2019. The remaining 399 stores will be shut down if “rent concessions aren’t obtained through negotiations with landlords,” the company has said. Ascena operates e-commerce websites and approximately 4,500 stores throughout the United States, Canada and Puerto Rico.

Apart from the Dressbarn in Nanuet, the Mahwah, NJ-based company has not specified which locations will be closed but several of the fashion brands are located in Rockland County’s main shopping hubs: Ann Taylor and Loft at the Shops at Nanuet and Lane Bryant at the Palisades Center. With chain and department stores closing, all of these centers have tenants in addition to Ascena’s stable of stores that are facing economic pressures.

The company said Dressbarn employees will be notified when decisions are made about individual store closures and given “transition support.” Dressbarn also said it will continue paying its vendors and suppliers in full for products and services provided during the wind-down process.

Ascena recently signed an agreement to sell a majority interest in Maurices to an affiliate of London-based private equity firm OpCapita LLP for about $300 million. (The 943-store Maurices division is part of Ascena’s “value” brand division.). The move is part of a comprehensive and ongoing portfolio review that is expected to yield run-rate cost savings of $300 million by July.

There is no Maurices store in Rockland.

In a statement, Ascena chairman and CEO David Jaffe, citing “structural changes in our industry,” said the company has also developed plans for an additional $150 million in savings, which will drive operating margin rate expansion.

“These efforts are expected to deliver a leaner operating model and enhanced competitive capabilities, but we must do more,” he said. “To create value for our shareholders, we are planning deliberate actions to generate more profitable growth from those brands and operations in our portfolio that we believe have greater long-term potential.”

Ascena said it expects to receive roughly $200 million in cash from the Maurices transaction (after expenses), while maintaining a significant minority interest. The cash proceeds will be used to pay down the company’s existing term loan balance and/or for reinvestment in the company’s business in accordance with the terms of its credit facilities.

“The sale of a majority interest in Maurices underscores the value that exists in our portfolio brands,” Jaffe said. “The review and evaluation process we are undertaking, with the help of outside advisors, is designed to recognize this value on behalf of Ascena shareholders.”

The transaction is expected to close by early summer.