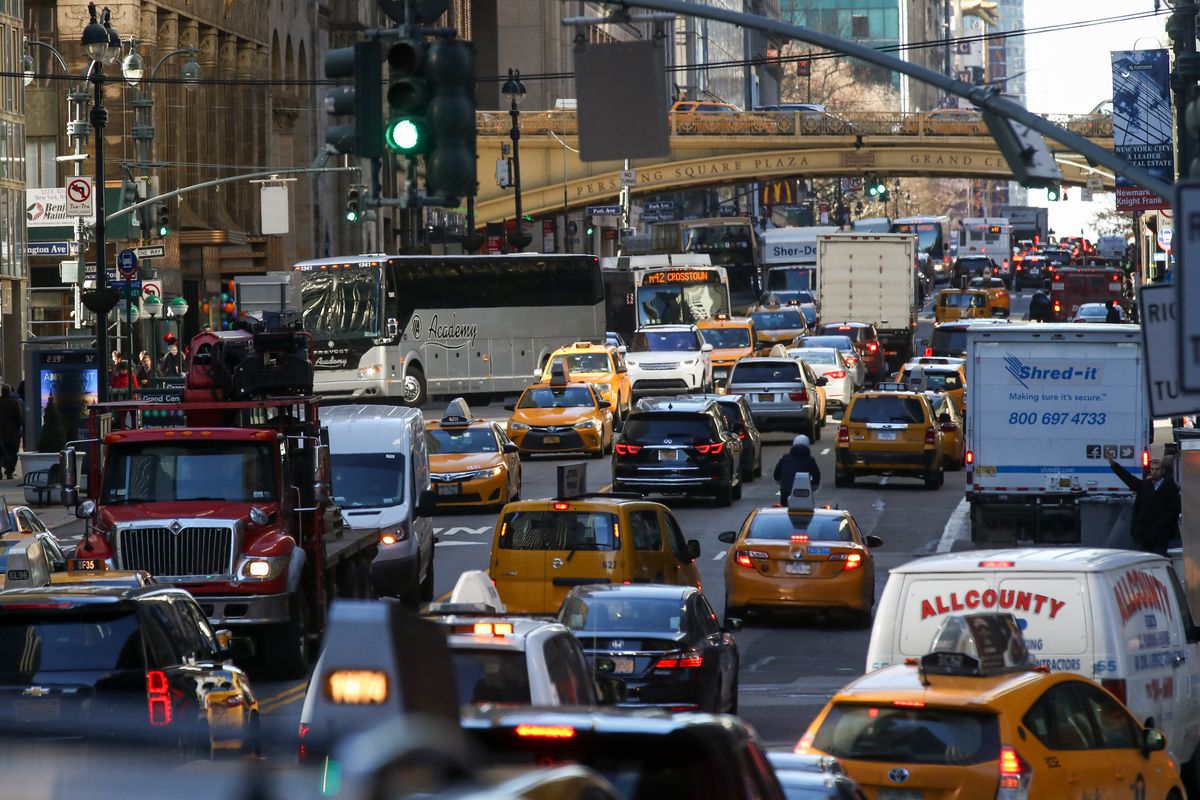 The MTA (Metropolitan Transportation Authority) will implement a first-in-the-nation tolling program, known as “congestion pricing,” although many of the details of how it will work remain unknown. The program was included in the $175 billion budget deal reached by  Gov. Andrew Cuomo and state lawmakers this week.

There will be electronic tolling devices on the perimeter of a zone encompassing all of Manhattan south of 60th Street. Previous proposals have called for fees between $11 and $12 each for cars and $25 for trucks, and that could be on top of other tolls for crossing New York City’s bridges and tunnels.

A six-member review board will advise on tolls, exemptions, and credits. Passenger vehicles will only be charged once per day.

“A review board will include a voice from the northern suburbs and will be required to consider tolling credits for west-of-Hudson drivers who cross on their way to work into the city, including the George Washington Bridge, Lincoln Tunnel, and the Mario Cuomo Bridge, said Sen. James Skoufis (D-Hudson Valley).

The tolls will not go into effect until 2021. People with disabilities will be exempt from the tolling and a traffic mobility review board could recommend additional credits, discounts and exemptions for other bridge and tunnel tolls, according to budget legislation.

The MTA will also have to come up with a reorganization plan by June. Board members’ terms will also be realigned with the terms of the officials who appointed them. Additional funding for the transit agency will be raised through an Internet sales tax and a 4.15 percent tax on the sale of properties valued at $25 million or above.

“For the first time in generations, the state budget will hold the MTA accountable to taxpayers, its ridership, and the Hudson Valley,” said Sen. Skoufis. Skoufis was the principal negotiator on MTA issues for the west-of-Hudson Senate delegation. The senator said the following provisions are in the new legislation: