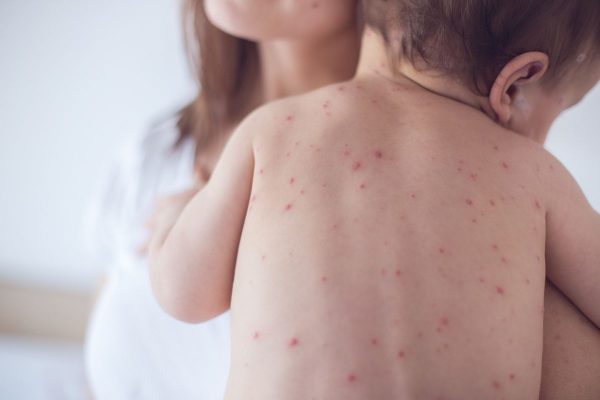 How Will State Of Emergency Affect Businesses?

Rockland County Executive Ed Day today declared a countywide State of Emergency to deal with the ongoing measles outbreak. Effective midnight, Wednesday, March 27, anyone who is under 18 years of age and not vaccinated against the measles will be barred from public places until this declaration expires in 30 days or until they receive the MMR vaccination.

How exactly this law will be enforced and whether it will impact businesses like The Palisades Center and other commercial magnets is not clear but County Attorney Thomas Humbach said public places includes shopping centers, restaurants, houses of worship, schools, anywhere people gather. The measles outbreak has already had a chilling effect on The Palisades Center, after it was reported that infected families were shopping there.

Day said Rockland’s measles outbreak, is the worst in the nation, and “it’s time to do something” in addition to six months of intervention and education. The county executive said this is the 26th week of an outbreak that has counted 153 confirmed cases – “the longest outbreak in the U.S.” New outbreaks are continuing.

“We’re not looking to arrest people but this is the only way to get the attention of parents who need to vaccinate their children,” said Day, adding the majority of the non-vaccinated minors belong to the Orthodox community. “This is serious.”

According to the county, nearly 84% of the measles cases are in children 18 or younger. Estimates bring that number to more than 16,000 unvaccinated children.

Those in violation of the declaration under New York State law will be subject to six months in jail and/or a $500 fine.

Day stressed repeatedly at a press conference today that the county is not looking to have law enforcement go out and arrest people but he’s prepared to use the weight of the law to crack down on non-compliance.

Primarily unvaccinated children live in the Orthodox communities, but there are also pockets of “non-vax” families that don’t believe vaccinations are harmful. After six months of struggling to stem a disease that was thought to be eradicated, Day said he felt that the county had no choice but to send a message that the greater good trumps individuals’ beliefs. When asked whether the religious community can cite religious exemption on vaccinations, Day said “no.”

He did acknowledge that certain people with immune diseases are exempt from the vaccinations.

The county will continue to educate and hold vaccination clinics.