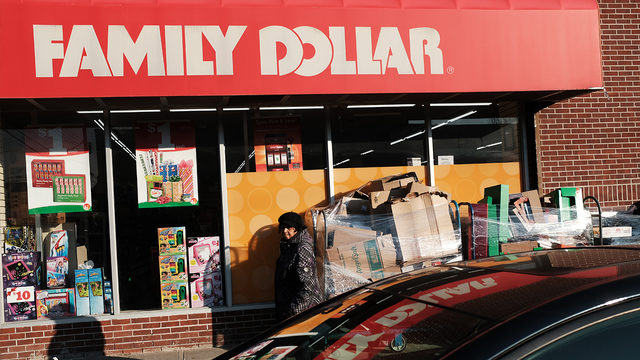 Rockland County’s only Family Dollar is in Spring Valley, though its fate is unknown. There are four Dollar Trees in the county.

The chain courts low-income shoppers with an array of items sold for under $10 at its more than 8,000 stores. It is owned by the Dollar Tree, which operates an eponymous chain of 7,000 other stores in suburban areas, including four in Rockland County.

Dollar Tree bought Family Dollar in 2015 for $8.5 billion. The combined company hoped that by joining forces, it could grow its customer base, reduce costs and fend off bigger retailers like Dollar General (DG) and Walmart (WMT).

But Family Dollar has struggled and Dollar Tree’s (DLTR) stock price has slipped since the deal. An activist investor heavily pressured the company earlier this year to dump the ailing Family Dollar line and start selling Dollar Tree merchandise for higher prices.

“Dollar Tree significantly overpaid for Family Dollar, and this business is proving to be a meaningful distraction,” Jeffrey Smith, CEO of Starboard Value, wrote to the company in January. The firm, which is best known for revitalizing Olive Garden’s parent company Darden(DRI), owns roughly 1% of Dollar Tree.

“The underperformance at Family Dollar since the acquisition has persisted long enough,” Smith said.

Other Family Dollars will keep the name, but will be stacked with $1 Dollar Tree merchandise and liquor sections. Family Dollar says the new store model will lift traffic and sale