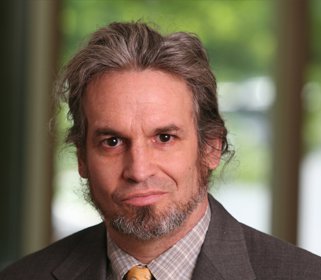 New York is home to 112 American billionaires, according to Forbes’s 33rd annual ranking of the globe’s richest people. The list includes 15 from the Hudson Valley, and one from Rockland County, James Chambers, an heir to the Cox family fortune.

Chambers, who lives in Palisades, owns an organic farm in the Hudson Valley and is a Bard College trustee. Ranking no. 261, with $6.2 billion, the 61-year-old in 2015, along with two stepsisters, inherited 49% of Cox Enterprises, an Atlanta-based, privately-held media empire.

Chambers is the son of Anne Cox Chambers, and the grandson of the newspaper publisher James M. Cox. He graduated from Bard College in 1982. Chambers, an actor, dancer, and choreographer, appeared in the 1984 film Alphabet City.

Chambers later married Nabila Khashoggi, daughter of billionaire Adnan Khashoggi.  Khashoggi, the late arms dealer who had a part in the Iran-Contra affair in the 1980s. At one point in the 1980s, Adnan Khashoggi was believed to be the richest man in the world. Khashoggi’s nephew was the murdered journalist Jamal Khashoggi who was killed by Saudi Arabia.

The 2019 list is topped by Amazon CEO Jeff Bezos for the second straight year. He’s worth $131 billion, followed by Microsoft founder Bill Gates with $96.5 billion and Berkshire Hathaway Chairman and CEO Warren Buffett with $82.5 billion.

Forbes’s list includes 2,153 billionaires from across the globe who are worth a combined $8.7 trillion. Both the number and total net worth of the world’s billionaires has decreased from 2018, when there were 2,208 people on the list worth $9.1 trillion. That marks only the second drop in the past decade, according to Forbes.

The United States is home to the most billionaires of any single nation. Bezos’s net worth increased from $19 billion, and Gates, who had been the wealthiest person in the world for the longest period of time, increased his fortune by $6.5 billion, from $90 billion in 2018.

The gap between the No. 1 and No. 2 billionaires grew due to an increase in Amazon stock prices. Buffett’s net worth fell by $1.5 billion.

Amy Goldman Fowler lives in Rhinebeck. Her $3.3 billion is based in real estate. She’s at No. 667.

David Gottesman of Rye is listed at No. 1008 with $2.3 billion based in investments.

Tied at No. 1281 are David Lichtenstein of Monsey and Leonard Schleifer of Tarrytown with $1.8 billion, the former based in real estate and the latter in pharmaceuticals.

Alan Gerry of Liberty is No. 1605 with a cable television fortune of $1.4 billion.

George Yancopoulos of Yorktown is No. 1818 with a $1.2 billion fortune from pharmaceuticals.