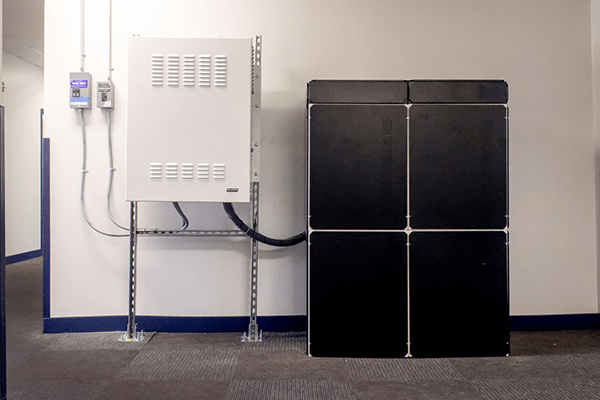 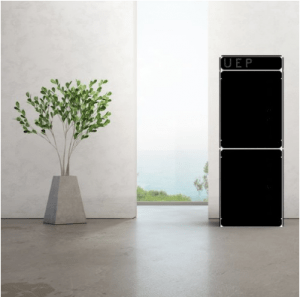 After Hurricane Sandy, hordes of Rockland homeowners rushed out to buy generators. After a harsh spell without power, many concluded it made sense to spend between $3,000 and $10,000 to guard against the next outage.

Generators take up space, they’re noisy, they pollute. You have to keep refilling them with fuel. But the expense and inconvenience is justifiable because outages cause hardship and displacement.

But what if there is an alternative? A less expensive, nonpolluting, inside installation that can power a house without the down sides? That’s what Urban Electric Power, a Rockland-based innovator, is testing as it rolls out a small rechargeable, environmentally-friendly battery pack that can power a house through a blackout as well as store usable energy sources.

“We have developed a clean-tech alternative that is cleaner, smaller, and ultimately less expensive.”

The pioneering technology for UEP’s Power Assurance System began with a research team a decade ago at City College of New York’s Energy Institute. The team discovered that by changing crystal structures, it could make non-toxic alkaline batteries, like those in remote controls, rechargeable for hundreds of uses.”

UEP, a startup entity that has been funded by federal and state monies, as well as private investment, has spent up to $20 million to date innovating clean-tech energy solutions as the national dialogue turns to the perils of climate change, and the forward-thinking initiatives proposed in the New Green Deal.

The UEP system consists of several 8 inch by 4 inch batteries in metal housing, that can be sized appropriately to meet power backup needs. It can be used in place of generators, said Sanjoy Banerjee, executive chairman of Urban Electric and a chemical engineer with City University of New York. “Understandably people all over the eastern seaboard have been incorporating generators because they are living through storms that knock out power for extended periods,” said Banerjee. “But we have developed a clean-tech alternative that is cleaner, smaller, and ultimately less expensive.”

Made from earth-abundant and safe materials, zinc and manganese dioxide, these batteries can be stacked to power homes and businesses for several days during power outages and recharged hundreds of times. The batteries can be recharged from a variety of sources, including solar panels and wind turbines, and can be incorporated in micro-grids powered by renewable resources.

“This kind of clean technology is affordable because it is cheap to make and the low cost allows manufacturers to scale up” said the company’s Gabe Cowles, vp of finance and business development.

With state and federal support, UEP started in a university lab developing prototypes for City College. The company, founded in 2012, originally set up operations in Harlem but moved to Pearl River’s IRG campus, where it occupies a 40,000-square-foot manufacturing building. Banerjee says the company is paying top dollar for the facility, and he is hopeful the largely empty campus will fill up, ideally with other companies that are clearing the way for clean-tech industries.

Urban Electric’s technology is being tested in pilot programs in India, where power is often unreliable. UEP is working on a long-term strategy for developing massive units that can power a major energy user such as a hospital. The company is building, in collaboration with Sandia National Lab, the Department of Energy, and New Mexico State University, integrated solar storage systems that fit on a pallet, can be easily transported, and require no configuration.

However, the company wants to court homeowners who are early adopters, and it wants to find those customers in Rockland County.

“We’re looking for homeowners who are using solar energy, who want to be less dependent on the grid, who want to take more control,” said Banerjee.

UEP, which has about a dozen customers, is aiming to complete 100 installations in 2019, and to generate between $500,000 and $1 million in sales revenue this year. “We want to start selling to homeowners who can make a decision in a half hour, as opposed to corporate settings, where the decision-making process takes much longer.”

Additionally, the company is aiming to ramp up its distribution through those who are selling generators. Although the generator market is robust, Banerjee believes the UEP system will give sellers an option to “greenhouse gas-producing generators.”

Units cost from $3,000 to $25,000, depending on how much power a homeowner deems necessary during an outage. The smallest units is 2 kw (kilowatt hours). The battery can be scaled for use for one day or for several. It can be wired into an electric panel and run an entire house, or used for a subset of critical loads. The company is training electricians to install the indoor units.

“When you weigh it all together, the cost of a generator, installation, permits, wiring, and gas, it adds up,” said Cowles. “The installation for the UEP systems is cheap and simple. There’s no fuel needed. No maintenance. It’s clean technology. It’s made in New York. It is cutting edge technology designed to address a global issue like carbon emissions and a local need — power when you need it.”