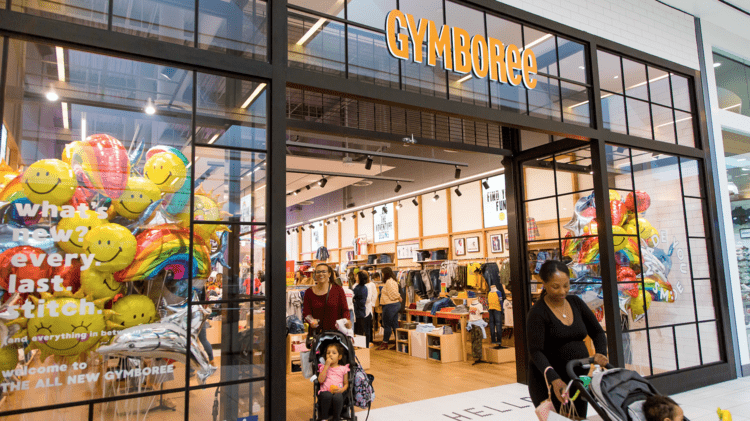 The children’s clothing retailer Gymboree is filing for bankruptcy for a second time in two years and will close its remaining 900 stores, including the Palisades Center location.

Like many brick-and-mortar stores, Gymboree has struggled to remain afloat against increased online competition.

The Wall Street Journal cited sources familiar with Gymboree’s plan to sell the operation and said it is expected to liquidate is remaining 900 stores.

The company first filed for bankruptcy in July 2017 and closed 350 stores. At the time, President and CEO Daniel Griesemer said in a statement that closing those stores would allow the company to “continue to deliver quality merchandise and superior service to our customers.”

Selling off the businesses at the brand level could spare the high-end Janie and Jack brand from liquidation, according to the report.

Yet Gymboree — which filed for Chapter 11 in June of 2017 and exited in September that same year — is once again in court, this time with a more drastic plan: to sell Janie and Jack and the online IP of Gymboree, and to shutter Crazy 8 and Gymboree stores.

Thousands of chain stores were obliterated in 2018.

Research firm CoStar says a record 145 million square feet of retail space got emptied — the same as shutting down the massive Pentagon 22 times over. And now, retailers are working on wiping more stores off the map in 2019.

According to data compiled by Earnest Research, Gymboree’s share of the children’s apparel market the month it filed for its first Chapter 11 was 27.4%, compared to 30.4% for The Children’s Place and 42.3% for Carter’s. While the retailer was able to maintain its position for several months, in February of 2018, Gymboree’s share plummeted to 15.8% and remained in the teens for the rest of the year, while its competitors grabbed close to 40% and 50%, respectively.

Competitor The Children’s Place, which has a location in the Palisades Mall, and once had a store in Nanuet, hasn’t been shy about taking advantage of Gymboree’s weakness over the past two years. In The Children’s Place’s most recent earnings call (which took place about a month before Gymboree would file for the second time), CEO Jane Elfers told analysts that her company was still “the best positioned retailer to gain market share from Gymboree,” according to a Seeking Alpha transcript.

However, The Children’s Place is also working toward a goal of closing 300 stores by 2020 and has a little more than 100 stores to go, Forbes reports.

The Children’s Place is trying to get its arithmetic right. It’s shutting down stores and is giving its website more attention in hopes of boosting profits.