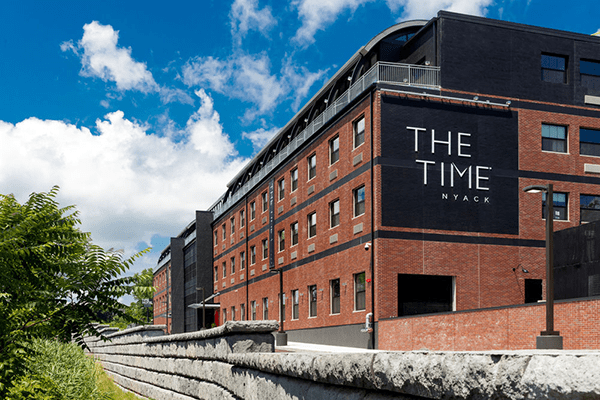 The Time Hotel, which positioned itself as a boutique property for urban tourists and business travelers, has been filling its rooms since it opened in May 2016 in Nyack. It remains a draw, despite the fact that the 133-room hotel has been in bankruptcy since July 2018.

What will become of the embattled hotel is likely to be revealed in the coming months. Whether The Time Hotel returns to its original investors, is bought by a major hotel group, or is shuttered, remains to be seen.

February 15th is the deadline for the bankruptcy trustee to receive written proposals to resolve the Chapter 11 bankruptcy case, satisfy the creditors and determine the future of the hotel, and possibility the restaurant, BV Grill.

72 parties executed confidentiality agreements to review the financials, of which 18 are conducting due diligence, and 10 have thus far toured the property.

The hotel group, EMC Hotels and Resorts LLC, was forced into bankruptcy last July. In August 2018, the bankruptcy trustee Fred Stevens declared the debtor’s mortgage had matured without repayment, vendors were refusing services for nonpayment, including O&R, a $5.9 million judgment lien was secured by a prior management company, and BV Grill, the onsite restaurant, had not paid rent in months, if ever. Since Stevens’ appointment, the Trustee and BV Grill have reached a temporary agreement whereby the restaurant and the Trustee settle up each month offsetting food and bar charges against rent.

Also, there was a raft of lawsuits filed among owners. The contracted management company, Dream Hotel Group, took control of the bank accounts, and the Certificate of Occupancy with the Village of Nyack was under threat of termination.

Despite the twisted tale of greed and fiscal mismanagement, many entities are likely to vie to keep the hotel open and operating, including most of the original group of investors who are forming a new entity.

The successful party will have to settle or assume up to $45 million in debt, including a nearly $19 million loan from Bank Hapoalim, a $10 million loan partially secured by a mortgage against the hotel, and more than $362,000 in property taxes. Additionally, unsecured creditors claim the hotel owes them for breach of contract and unpaid services. 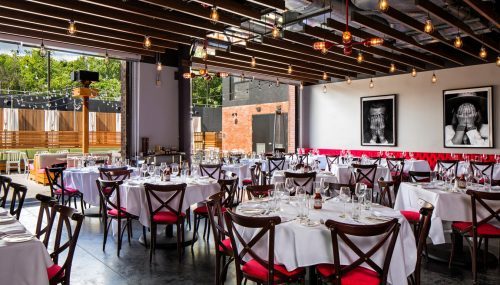 BV Grill is not in bankruptcy but its fate is caught up with the outcome of the case as the trustee could determine to void its lease, modify it, or maintain it. BV Grill has a separate lawsuit pending against EMC Real Estate Holdings and others in Rockland County Supreme Court for conversion.

Stevens, the bankruptcy trustee, said to date 72 parties executed confidentiality agreements to review the financials, of which 18 are conducting due diligence, and 10 have thus far toured the property.

“Dream Hotel Group is expected to put in a bid,” Stevens added.

Dream Hotel Group said they could not comment on the bidding process.

But the original group of investors is hoping to resurrect the hotel’s next chapter.

“I am confident we will win the bid,” said John Krupa, a 2.5% stakeholder in the hotel, and the director of construction on the original project. “You can never be 100% sure but I’m optimistic that the trustee will accept our reorganization plan.”

Others say the hotel may more likely be bought up by a major hotel group with a boutique brand such as Hilton, Starwood, or Marriott.

Howard Dean, another minority stakeholder who is a member of the original entity that has reorganized to reclaim the hotel, said he doesn’t mind if his group loses the bid. “I don’t have an objection if a major hotel buys it,” he said. “I just want this project to carry on. It’s my baby. It was my concept to put a hotel where there was once an old warehouse building. We built a beautiful hotel and made it the entry way to Nyack. I just want it maintained.”

The Time Hotel’s name is owned by Dream Hotel Group. If they are not the successful bidder, they could opt to license the name, but in all likelihood, the hotel would be renamed.

If none of the proposals are acceptable to Stevens and the secured creditors, the next step will be a public auction on Feb. 27th, but that date is subject to change.