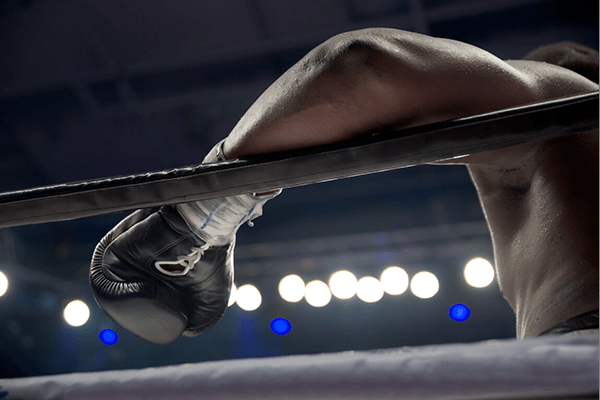 Grab a ringside seat – the fight over how to fight and who can fight to defend the Town of Clarkstown from a suit brought by the supervisor and a councilman has already turned into a judicial boxing match.

Round one will decide whether Councilmembers Frank Borelli and Pat Carroll had the right to hire attorney Daniel Szalkiewicz to defend the lawsuit filed by Supervisor George Hoehmann and Councilman Don Franchino in late December to upend the town’s eight-year law on term limits.

Borelli and Carroll say yes, as does their attorney, while town counsel says no, arguing the town’s attorney must defend against the suit.

While the argument played out in letters sent to Judge Amy S. Puerto in Rockland County Supreme Court last week, and the content of the dueling letters focused on whether a 2-1 vote gave Borelli and Carroll the right to hire outside counsel, the truer issue at hand is whether the town’s attorneys can fairly represent the town or whether it is “conflicted” given that they have crafted earlier versions of ways to eliminate the term limits law and they serve at the discretion of the town supervisor.

Hoehmann is hoping to overturn the law so he can run for a third term in November.

Also at issue is how the town attorney to date has sought to defend the town.

Town Attorney Kevin Conway in filing his answer makes admissions of fact proffered by Hoehmann’s counsel but offers little more than boilerplate defenses. Meanwhile Hoehmann’s attorney Robert Spolzino of White Plains last week filed a motion for summary judgment asking the court to decide if the term limit law is illegal, even though the issue of who will represent the town is pending.

This will be a high-profile case for newly elected Supreme Court Judge Puerto. Hoehmann and others have been campaigning in several public forums to do away with term limits, saying at various times they are illegal because of the wording, while later pointing to what the case alleges – that term limits would have needed a voter referendum eight years ago to have been legal in the first place. He’s taken on this fight on the eve of his eight-year term, using his myriad bully pulpits to rail against a law he strongly supported eight years ago.

Puerto will be tasked to look at whether the 2-1 vote, with Carroll and Borelli voting in favor of outside counsel, and Councilman Mike Graziano voting against it, stands. In the most recent round of filings, Szalkiewicz makes a two-prong argument. First, he writes that “the vote to retain our firm was 2-1, not 2-1-2.” The town’s counsel argues the last “2” represents abstaining votes from Hoehmann and Franchino — thus the majority must be three not two.

Citing Clarkstown’s Ethics Code, Szalkiewicz writes, “When a municipal officer must recuse themselves, the power or duty shall be exercised by the other members of the board.” He goes on to say that the remaining board members – those who have not recused themselves – have an inherent right to defend the public interest. And, whether or not the 2-1 represents a majority, rather than three out of five council members, Szalkiewicz further points to the town attorney’s “apparent and actual” conflict.

Szalkiewicz has filed papers asking the town attorney’s office to “show cause” as to why the Town Attorney’s Office shouldn’t recuse itself based on a conflict of interest and “enjoining” the Town Attorney’s Office from representing the Town and the Town Board. What this means in plain English is that he’s shifting the burden to the town to explain why town counsel isn’t conflicted and asking the judge to halt their representation.

Fighting to retain its ability to defend the town, Conway wrote to the Judge that Szalkiewicz “Does not represent either the Town of Clarkstown or the Town Board….he has no ability to participate in these legal proceedings.”

Conway argues on Jan. 4th the board took a 2-1-2 vote, meaning that there were a total of five votes and the law calls for a majority of three to hire counsel to defend the town. He’s told the judge that all five members have the power to “perform and exercise power, authority or duty.”

He writes, with emphasis “For the purpose of this provision the words “whole number” shall be construed to mean the total number which the board…would have were there no vacancies and were none of the persons or officers disqualified from acting.”

It will be left for the Judge to decide whether three members constituted the board because two had recused themselves, and likely more importantly, even if the “majority argument holds, she will have to consider whether inside counsel is conflicted in this case,” according to Szalkiewicz.

In his letter to the Judge, outside counsel further points out that Town Attorney Craig Johns, who recused himself from the hearing on Jan. 4th, was the one to weigh in on whether or not the 2-1 vote stood.

“I am certain once a town attorney and plaintiffs to a litigation recuse themselves, they should not be commenting on the matter, providing legal opinions, or presiding over a vote,” he wrote.