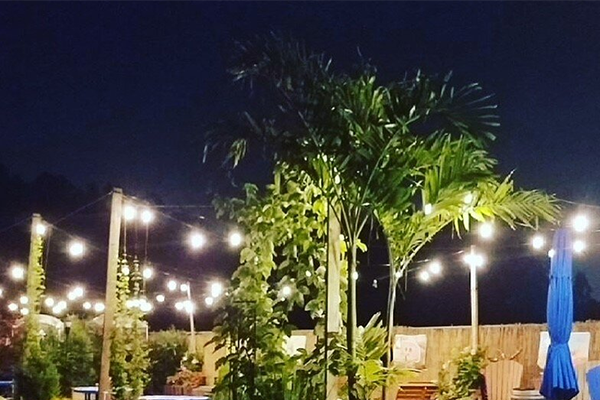 Tired of complaining to local officials in the Town of Orangetown about noise and drunken behavior at Rockland Cider Works at Van Houten Farm, a group of thirteen residents has taken their complaints to court, aiming their ire at the business, the town, and a state agency.

The plaintiffs have filed a lawsuit in Rockland County Supreme Court against Rockland Cider Works, the company’s landlord the Van Houten Farm Market Benefit Trust, the Town of Orangetown, and the New York State Liquor Authority hoping to shut down the farm cidery.

Rockland Cider Works runs a state-licensed Farm-Winery on about seven acres at 68 Sickletown Road in Orangeburg.

The plaintiffs allege the cidery is violating the town’s zoning and building codes, creating a nuisance, and degrading neighboring property values. The suit seeks a temporary and permanent injunction against its continued operation.

The suit claims that residents have requested relief from the town since March of 2021. They maintain the town has failed to enforce its own codes.

In filing this lawsuit, the group of residents are relying on a little-used law that allows citizens to bring a suit when they claim the town is failing to enforce its zoning and building codes. The law requires at least three taxpayers to reside in the zoning district where the offending property is located.

The suit says that sometime between 2019 and 2020, the property was “transformed into a hard cidery manufacturing facility with an outdoor bar and entertainment business, complete with live music, fire pits, excessive crowds, and burdensome traffic and parking.” The plaintiffs allege the operation violates the town’s zoning and building codes. Van Houten farmstand, nursery, and greenhouse had been in operation prior to the adoption of the town’s zoning code. The R-40 (rural residential) district zoning code allows single-family residences and commercial agricultural operations including nurseries, greenhouses, orchards, and vineyards.

According to the lawsuit though, the town determined that the site does not permit a “restaurant/bar-type operation where patrons are invited to assemble, be seated and consume food and drink including hard cider,” This statement was based on an affidavit signed by town planner Jane Slavin.

Plaintiffs also say the cidery’s application with New York State Liquor Authority for its Farm-Winery license is invalid, as it incorrectly states the property is located in an agricultural zone instead of a residential zone, and that it is zoning and building code compliant, when it isn’t. Plaintiffs also claim the application understated the scale of the intended operations.

Since its conversion to a hard cidery, Rockland Cider Works has taken steps to legalize its operation and has filed for permits from the town, submitted building plans, and has sought to have the zoning code amended to allow its use in that location.

It also pled guilty in Town Court to numerous violations, acknowledging it did not have the authority to operate in its location, the suit says.

Even though the town has failed to respond to the cidery’s zoning requests, it has not taken steps to shutter the operation.

The suit also seeks damages from the cidery for diminution in property value and a declaration that the New York State issued Farm-Winery license is invalid.