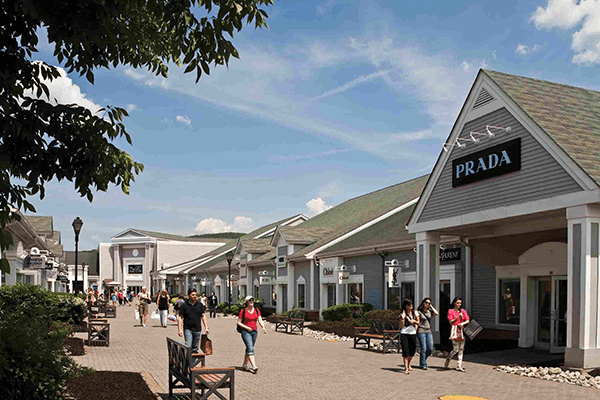 State Of Major Malls In Flux With Debt, Outlet Expansions, And Underperforming Malls Like The Shops At Nanuet

American Dream, the $5 billion megamall in North Jersey, is facing a potential default on an $800 million bond this week for failing to make a bi-annual interest payment on debt as the project’s financial problems continue.

Triple Five Group, the Canadian developer of the shopping-and-entertainment complex in East Rutherford, was notified last week by bondholder trustee U.S. Bank National Association that it had failed to pay an $11.4 million interest payment due last Wednesday, June 1, on the bonds.

If the payment is not made on or before June 16, “default by the developer will exist under the financial agreement,” the trustee told bondholders in a securities filing Friday. The trustee took the payment that was due out of a reserve account, according to the filing.

The situation represents ongoing challenges for the 3.5 million-square-foot American Dream. The development recently reported it lost $59.4 million last year as it struggled to rebound from the COVID-19 pandemic’s setbacks. The mall was shuttered for several months in 2020.

The megamall has $800 million of municipal debt backed by payments in lieu of taxes, so-called PILOTs. Overall, bondholders and banks lent Triple Five roughly $2.7 billion for American Dream, which has attractions that include an indoor water park, an indoor amusement park, an indoor ski dome, an aquarium, and a miniature golf course.

American Dream faces ongoing hurdles: It has a $9.3 million debt service payment due Aug. 1. In February, American Dream almost completely depleted a reserve when it made an unscheduled draw of $9.3 million for debt service due on bonds for the period spanning Aug. 1 to Jan. 31. That left only $820 in the reserve fund at that time.

Triple Five defaulted on loans for American Dream last year. It had put up 49 percent stakes in two other megamalls, Mall of America in Bloomington, Minnesota, and West Edmonton Mall in Canada, as collateral on those loans, and Bloomberg News reported it forfeited those stakes.

CoStar News exclusively reported in 2019 that minority stakes in the two malls had been offered to get the stalled American Dream development rolling.

In other news, Simon Property Group, which owns The Shops at Nanuet, is developing outlet malls in Los Angeles, California; Nashville, Tennessee; and Tulsa, Oklahoma, as well as expanding its flagship property, Woodbury Commons, in New York.

While The Shops at Nanuet has been flailing for years, Simon is betting on its Simon Premium Outlets that offer lower-price items – a demand that is particularly high with inflation soaring.

The company also plans a fifth expansion of Woodbury Common Premium Outlets, which is 911,000 square feet and located in the Hudson Valley town of Woodbury. That stage will include roughly 160,000 square feet of new stores, additional parking, amenities, and two hotels. Construction is expected to begin in 2024.