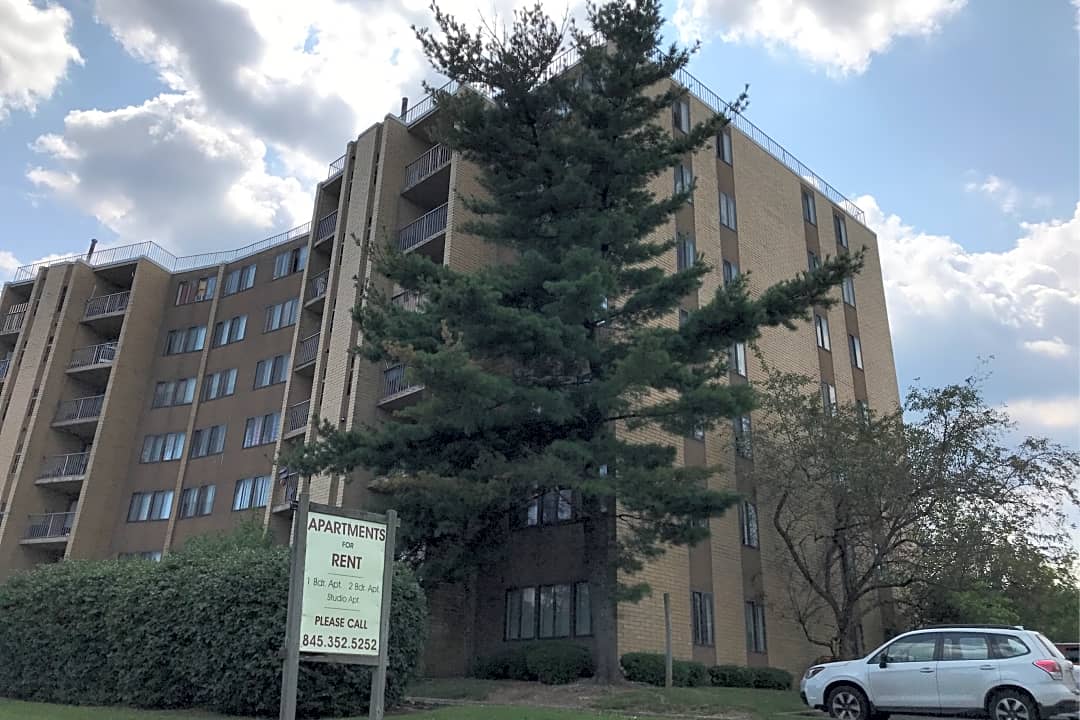 Case Filed In State Supreme Court Questions Whether County Can Use Administrative Courts; County Officials Say They Can

A lawsuit has been filed that raises legal questions over the means Rockland County uses to prosecute building violations in the Village of Spring Valley.

NBM Management, Weinreb Management, Country Village Towers Corp., and Jacob Weinreb are alleging in a case filed May 10 in State Supreme Court that it is incorrect to take negligent property owners to administrative court. They are questioning the legality of the process.

The plaintiffs are the owners and operators of Country Village Towers in Spring Valley, where 90 people were displace after a fire in March tore through the apartment building. In the aftermath of the fire, Rockland County issued more than 100 building and safety code violations including black mold, an absence of fire extinguishers, and faulty smoke alarms.

Plaintiffs say in their petition that the county is limited in its authority and can only step into the shoes of the Spring Valley Building Department in pursuing violations. It does not have any broader or more expansive authority. They assert that the cases should be adjudicated in the Spring Valley Justice Court, and that the procedures and fines the county drew up for itself as part of a local law exceeds the authority given to it by the Secretary of State in its Executive Order of November 16, 2021. They claim that the fines are in excess of the amount allowed under law, and that the finality of the decision denies them a right of appeal.

They also claim that they are denied the discovery they would otherwise be entitled to at the Spring Valley Justice Court, and that the proceedings designed by the county are fundamentally unfair.

In a four count complaint, plaintiffs ask for a permanent injunction “enjoining all defendants from taking any steps to enforce” either the local law passed by the county and the hearing procedures promulgated by the Director of the County Office of Building Codes.

Officials at the county’s Office of Building Codes said they’re using that system because it expedites the legal process compared to the traditional court system, to exert pressure on the landlord to remedy dangerous violations.

“The fire damage still exists as of last week,” says Rockland County attorney Thomas Humbach. “On the sixth and seventh floors in the hallway, people have to traverse fire damaged hallways to get to the elevator and things like that and that was an important part of our argument.”

The defendants are not disputing the violations in this suit.

The fire broke out March 9, trapping people inside and requiring firefighters to rescue a toddler from a seventh-floor apartment.

Jacob Weinreb and Weinreb Management are at the center of another major lawsuit, this one filed by New York City for 200+ building and fire code violations at 11 properties that include failing to maintain fire escapes, sprinklers, and alarm systems despite repeated citations.

Country Village Towers had the most egregious violations discovered at a single property since Rockland launched the state-mandated effort to clean up Spring Valley’s troubled code enforcement operation in mid-February, county officials say.

The fire alarm system didn’t work. No audio or visual alarm had sounded. None of the inspected units had smoke alarms in bedrooms, as required, and of all the smoke and carbon monoxide alarms tested nearly all failed, didn’t activate, and were outdated.

Additionally, there were no fire extinguishers in hallways (one is required every 75 feet), there were combustible materials in hallways, flammable caulking, a corroded fire pump, exposed wires throughout the building, fire doors closed improperly, there was no elevator certificate of inspection.

After the fire, county inspectors found 25 illegally converted apartments with living and dining rooms transformed into makeshift bedrooms; and officials said that number could increase because at least 19 apartments at Country Village Towers were locked and inspectors were unable to get in.

This type of negligence is what the newly created office is meant to fix, county officials said.

The last inspection performed at Country Village Towers took place in 2019 with 11 violations cited. However, the property was not re-inspected to ensure the violations were remedied — and it appears none were, county officials said. For example, the problems listed in 2019 include electrical hazards throughout the building, apartment and stairwell doors not latching properly, no elevator inspection and issues with smoke and fire alarms.

“This is a prime example of an irresponsible landlord trying to scapegoat the law,” said Rockland County Executive Ed Day. “Our administrative court is a legal, well-established process and I pledge to fight this ridiculous lawsuit.”